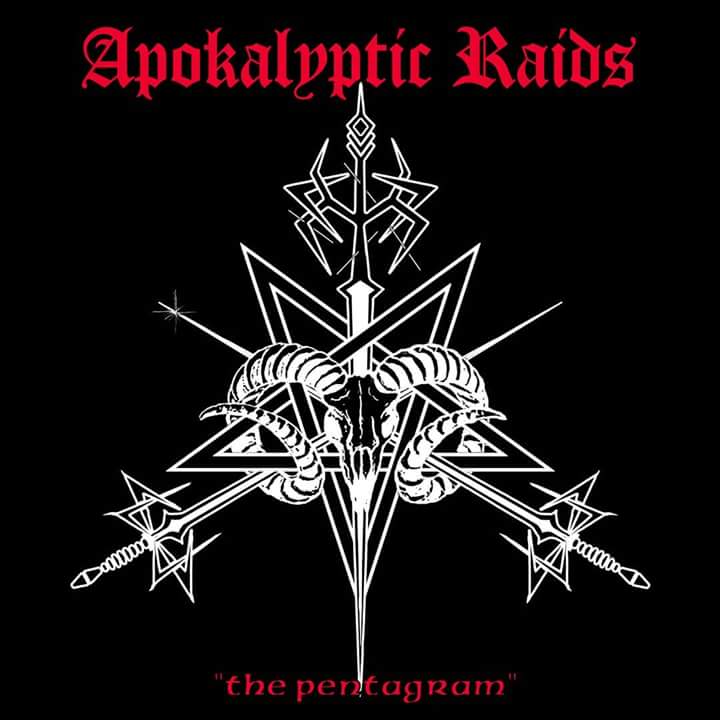 In 2018, Apokalyptic Raids celebrated its 20th birthday. While bands such as Sepultura, Krisiun, Sarcofago, Vulcano, Mystifier, Ratos De Porao, Korzus, Headhunter d.c. ,Sextrash, Violator are definitely the elder gods of south american insanity; Apokalyptic Raids itself established their own legacy and kept marching on with full force after initiating back in the last 90’s with debut demo ‘Reh March 99’.  Till then – four full lengths, five split and one live album speaks for their sheer force which rightfully possessed countless maniacs around the globe with its blood fueling and sinister hell noise.  Their current line-up has been the most stable, where Leon Manssur (aka, Necromaniac) (guitar, vocals), Vinicius Canabarro (bass, since 2003); Pedro Rocha (drums, 2001-2007) who rejoined in 2013;  Vinicius (aka, Hellpreacher) (vocal) who is also the singer of Atomic Roar and Pedro Rocha (aka. Skullkrusher), on drums (Farscape, Whipstriker).

Eight years after the last full-length, the sons of Hellhammer have finally returned with their fifth full length album, containing nine tracks of traditional first wave-Black Metal.  As usually, no experiments, no changes and as uncompromising and unadulterated it could be- just pure metal mayhem from the fiery pits of Brazil. Of course, the Hellhammer-influences are obvious, but after listening to their early albums it’s obvious that, like a transition Apokalyptic Raids has became more individual and independent in ‘The Third Storm – World War III’ and ‘Vol. 4 – Phonocopia’- their 3rd & 4th album consecutively; while the first two album sounded total Hellhammer worship.  However, ‘The Pentagram’ has a more direct and simple approach, like they went back to the basics – both in form and contents where all the mature stuff living together to transform into more spontaneous material. The guitars tunes deep, powerful bass full of low frequency and drums that sound like wood hitting dirty cymbals with agonizing vocals totally creates an apocalyptic raid to hunt earthly beings. No matter which song you test, ‘Ghost of the Hammer’, ‘Satan Laughs’ or ‘Letter from Lucifer’ – all wonderfully composed  in most simplest yet absolutely morbid style with the appropriate vocals by singer / guitarist Necromaniac.

Eight songs that inspire and swing between speed and death-doom, then come the 9th piece ‘The Story of Pope Joan’, they sound unconventionally like an 80’s Thrash Band with touch of southern madness. Almost similar to Warhammer from the Ruhr area at the time, the Brazilians continued the uncompromising tradition and in the ‘The Pentagram’ they passionately encapsulated maximum mayhem and intertwined with the cover art, upon exposure this record shall possess all die hard maniacs. (Rocky)