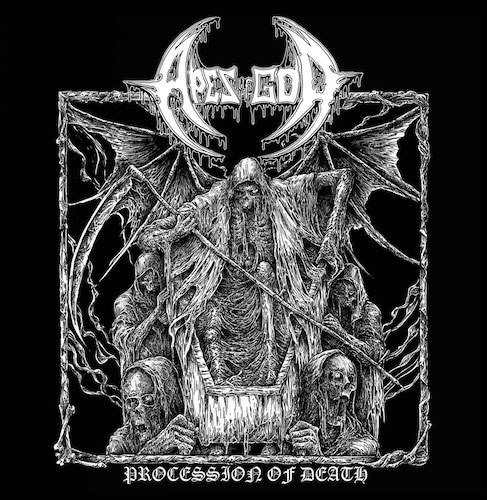 El Salvador…not a land linked with metal in my opinion, but still it’s a fact, cause in begin 2019 Apes of God released their third EP titled “Procession of Death” where four new tracks are to discover.

The appearance of this band is a mixture between fast Thrash and Death metal where swarming and rough riffs are thrown at the listeners, especially the drums are the true bringers of death on this release. Also some melodic entries are audible but they never overrule the main sound. Production wise they can make some extra steps, but overall seen they are perfectly fit for the underground scene. The last tracks are live recordings, but they lack ambiance from the audience and don’t add something extra here.

Fanatics from the underground scene with a big love for bestial musicianship will embrace this one for sure! And what a blistering cover dudes…awesome! (Fredde)