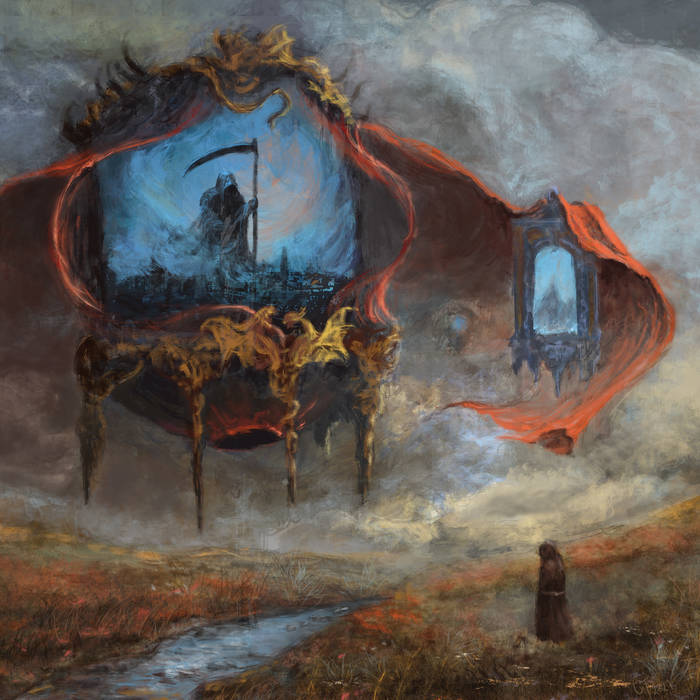 When I was a youngster, and right through into my early teens, me and my folks always holidayed in North Yorkshire, and a vast amount of that time was at the seaside resort of Scarborough. Little did I know that years later one of the most creative Black Metal bands in the UK would hail from the same place that I hold so many fond memories of. The band in question is Ante-Inferno, a Black Metal heavyweight prize-fighter of a band whose presentation and musical output are both astounding to behold.

You will be hard pressed to find a more spectacular piece of album art anywhere else in the world, than the absolutely masterpiece that adorns Ante-Inferno’s sophomore full length album release ‘Antediluvian Dreamscapes’. Personally, I own the cassette version and the job done on this album’s presentation is immaculate, with the artwork gracing both front and back on the inlay. It truly is a majestic piece of work, and the musical accompaniment to this is indeed masterful also.

‘Antediluvian Dreamscapes’ is a work of art in musical form. In truth it has taken me a few plays to truly accept how good this album is. It’s one of those albums that needs to seep into your pores, traverse your central nervous system and lodge itself deep inside your brain before its true gifts truly sink in. In no particular order, Antediluvian Dreamscapes’ is beautiful, savage, engaging, barbaric in its intensity, thought provoking and thoroughly merciless!

I could sit here and type about blast-beats and riffs and aggressive vocals, but it just wouldn’t convey the message that I want to get across about this album. In essence what ‘Antediluvian Dreamscapes’ is, is a powerful and wonderfully thought out concept of death. An ancient, primitive age old obsession with the end of life and what comes afterwards, both spiritually and physically, and the laws of nature which reclaim what was once alive back into her fold, as is told during ‘Celestial Mirage’. And so I’ll leave the final words of this review to the band themselves… “By the close of days, the soul was gone, leaving behind a body riddled with bullets. Shrapnel. A still smile on cold lips. And the sun setting in the blood as it sets in the sky each night. An insect playing on the skin, drawn to the aroma and the fascination of death; taking life from it”. (Luke Hayhurst)