Angmodnes – The Weight of Eternity [EP] 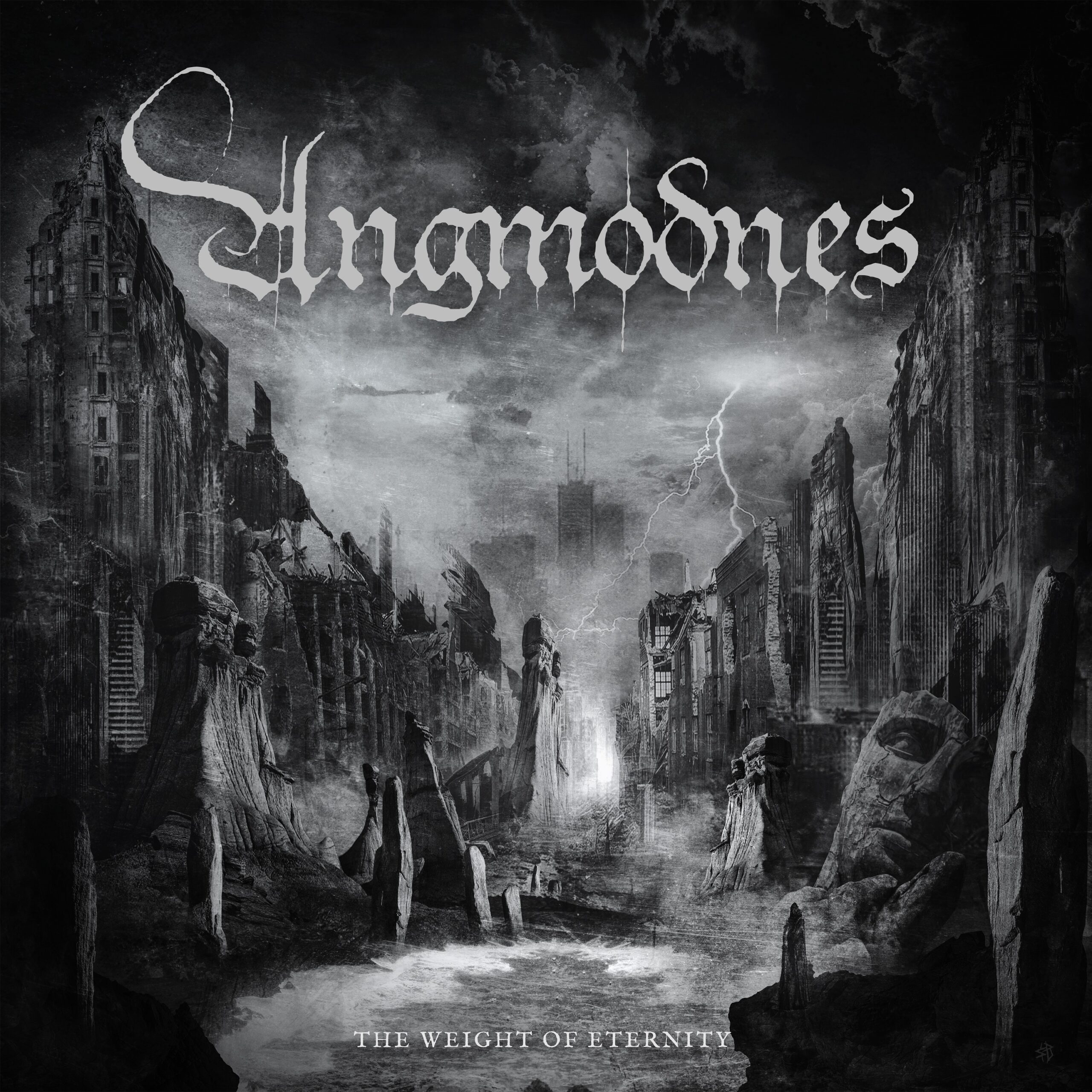 Sometimes there’s just too much Doom Metal in you. This is the case for Y.S and M.V, two members of the Dutch Doom Metal band Apotelesma, who needed a vessel for their need to go even slower and heavier and found that in Angmodnes. The duo, whose band name means sorrow or angst in Old English, has been finetuning their material already since 2013 and finally see their debut EP `The Weight of Eternity’ materialize on the 30th of September through Black Lion Records.

To get a view into what inspired the band, Angmodnes has placed an exhaustive list of songs that served as inspiration on their Spotify page. And indeed, you can clearly hear how many of these influences have ultimately led the band down the path of slow, heavy, melancholic music. The sound reminds me especially of Shape of Despair and early Swallow the Sun, and when the pace slows down to a crawl, similarities to Mournful Congregation reveal themselves. But through use of excellent clean vocals that have the same tonality as Vincent Cavanagh of Anathema, there is often overlap with bands like Mourning Beloveth, Ahab and Hamferð as well. During for instance the opening track `Weight of Eternity’, sparse female vocals combined with either clean vocals or grunts even give the band a slight Anathema and Draconian feel. Cello and piano passages, such as the ending of `Hollow Earth’, give the album added fragility on top of depths of sorrow. I’m sure you get it by now: In true tradition to the genre, the pace is generally slow and heavy, even though there is a nice double bass outburst in the title track to break the pace a little bit. `Under Darkened Vaults’ is probably my favorite track, which is slow, heavy and bleak yet has an incredibly memorable main melody, but you can’t go wrong listening to any of the tracks on the EP.

Angmodnes certainly don’t reinvent the (funeral) Doom Metal wheel on `The Weight of Eternity’. But in a genre like this where so many bands have set the template for the sound through decades of genre-defining releases, that is simply impossible. Instead, eventually only the quality bands stand out and ultimately it all comes down to how you combine your influences. Angmodnes have done an excellent job doing just that on their debut EP. (VincentP)