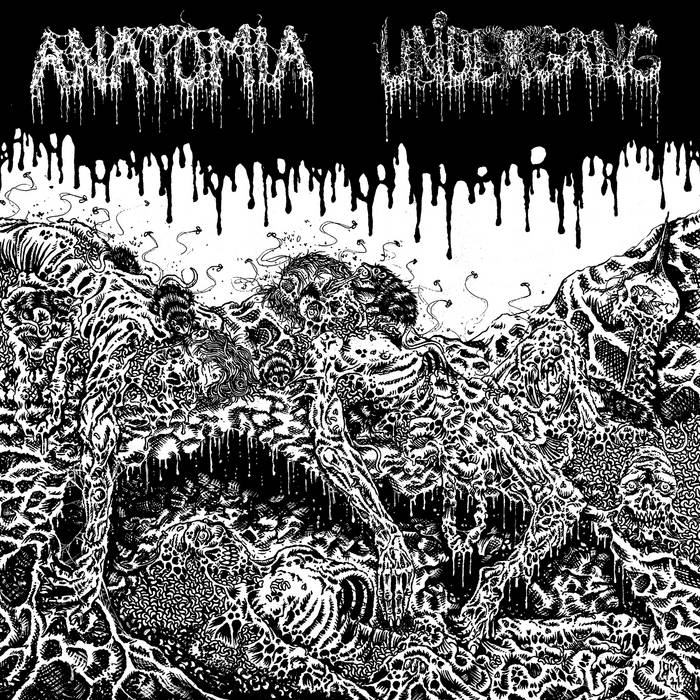 Undergang is the best Death Metal band in the world. There, I said it again. I will keep saying it until the whole world aligns with me. And they released a new split record.

This time it’s a split with another band, Anatomia from Japan, a band trying to compete with Agathocles for the prize of most splits ever released (still a long way to go, guys, but you’ll get there – just kidding). And guess what? Anatomia is also another band among the very best worldwide, when we speak about Death Metal and Doom.

So, what to expect from this split? Well, something that should be immediately bought without any need for a pre-listening. If you have been living anywhere but under a rock, you know what these guys deliver and you know it’s going to be excellent, no matter what.

No exceptions here! Anatomia takes care of Side A (for those who enjoy vinyl) with two tracks, one of which with the signature “more than 10 minutes long” length, which takes you to the scary world of the Japanese doom masters. And Undergang handles Side B with three new songs, which are very much in line with what they presented to us with “Aldrig i livet” (I think this is from very same recording sessions, actually), in which the filth and stench from Copenhagen’s sewers is pretty much all over the place.

This was released in vinyl by Me Saco Un Ojo and CD by Dark Descent, if you need another valid reason to buy this! Go get it… (Antonio)