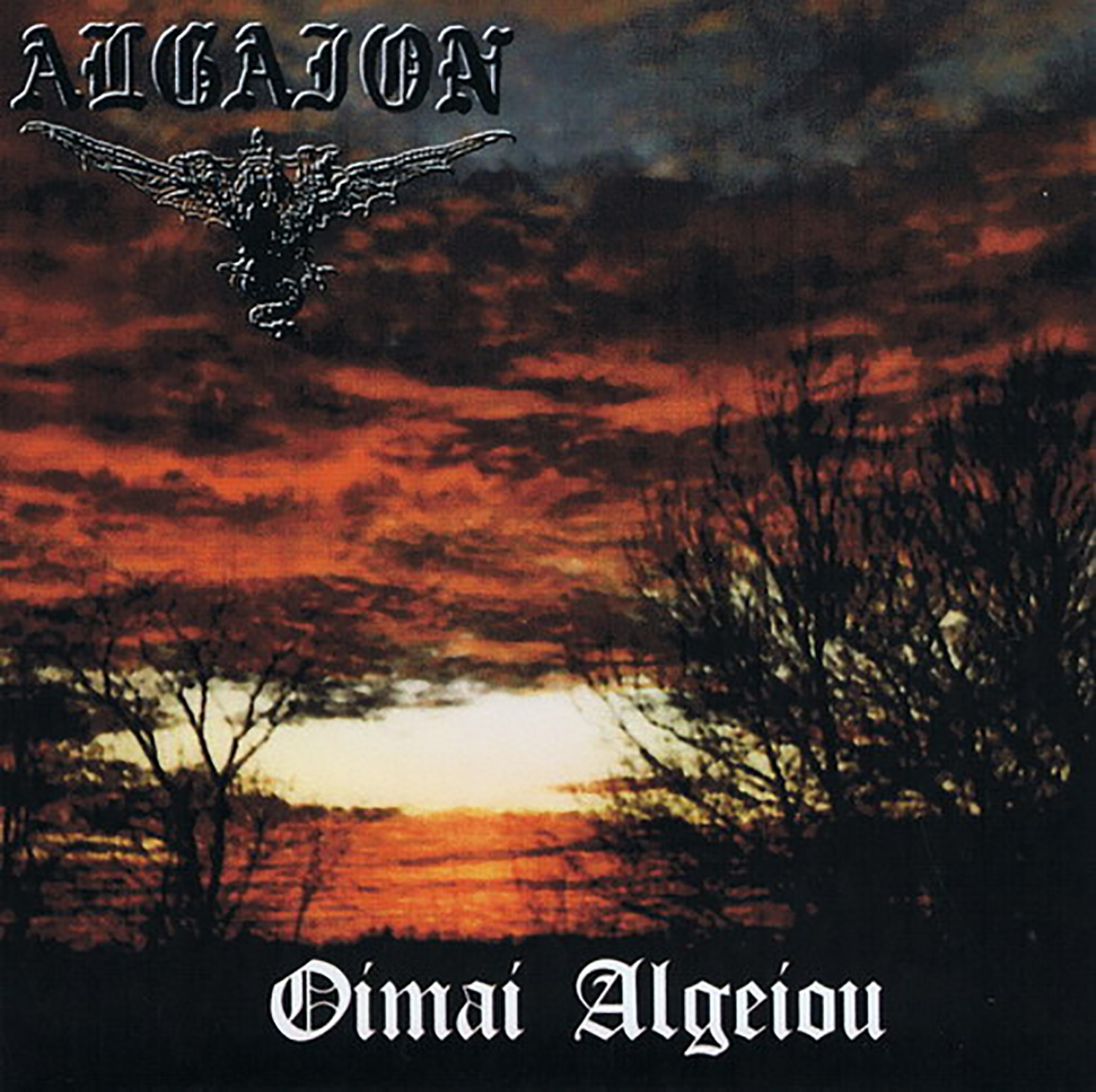 For the development of the American (Black) Metal scene, the Full Moon Productions-label was of great influence and importance. Not only did it help American bands like Acheron and Black Funeral in the early stages of their careers, but especially it brought European Black Metal bands to America. And particularly Scandinavian bands. For instance, Jon “Thorns” Jamshid, the man behind Full Moon Productions, was responsible for the first releases of bands like Burzum, Mortiis, Mysticum, Hades (Almighty) and Abruptum. His visionary work was vital and for many Americans, Full Moon Productions was their way into European (Black Metal).

After his first two releases, Burzum’s debut on cassette tape (FMP001) and ‘…Again Shall Be’ by Hades Almighty on CD (FMP002), Jon had his eyes set on Sweden’s Algaion who had previously made themselves heard with two demo tapes from 1993 and 1994. How exactly it came about is a bit shrouded in mystery, but Algaion’s 1995- debut was accidentally released under FMP002 and with a wrong title: ‘Alomai Algeiou’. This was rectified with a reissue a little later in the same year: the album was given the correct catalogue number (FMP003) and title (‘Aomai Algaion’).

The debut album by these Swedes fits right into the (Black) Metal climate of the mid-90’s: generally fast and melodic Black Metal with good sound and fairly mechanical-sounding drums. It is the kind of Black Metal that celebrated its heyday at the time, especially in Sweden. Bands like Dissection, Sacramentum, Dawn, Vinterland, Unanimated and Naglfar were experiencing their musical and creative highs at that time. Algaion picked up its share in that flow of things, but never managed to reach the same status as the aforementioned bands. This debut album, which by the way has regained its original title ‘Aomai Algeiou’ on this reissue, doesn’t have the same allure as, for instance, ‘Storm Of The Light’s Bane’ (Dissection), ‘Vittra’ (Naglfar) or ‘Ancient God Of Evil’ (Unanimated), which all came out around the same time. However, the music is built from the same ingredients and performed in that so recognisable style. Fast drums, fierce guitars, catchy melodies and cutting vocals. It might all be just a little less catchy and just a little less ingenious as many of their scene contemporaries. However, the choice of Full Moon Productions also meant that this debut album was not as easily available in Europe as many of these other release at the time. And Europe was a much bigger sales market at that time than any other continent. So, Algaion business-wise kind of missed the boat, but lacked that magical spark too.

In the two releases after ‘Oimai Algeiou’, the band, now signed to the Avantgade Music-related Wounded Love, slowly took on a slightly more Death Metal sound and crept closer to the sound of Unanimated and the melodic Gothenburg scene. With this Algaion strayed from that characteristic melodic Swedish sound. Officially, the band never stopped, but the pace of work and ambitions were put on the back burner. The bands’ last album dates back to 2010, so for many, therefore, Algaion fell out of sight or never even came into view to begin with. This Shadow Records’ reissue is therefore a fine tribute to a band that may not have been the most sensational of the mid-90s Swedish Black Metal scene, but certainly delivered a very solid debut album. (FelixS)