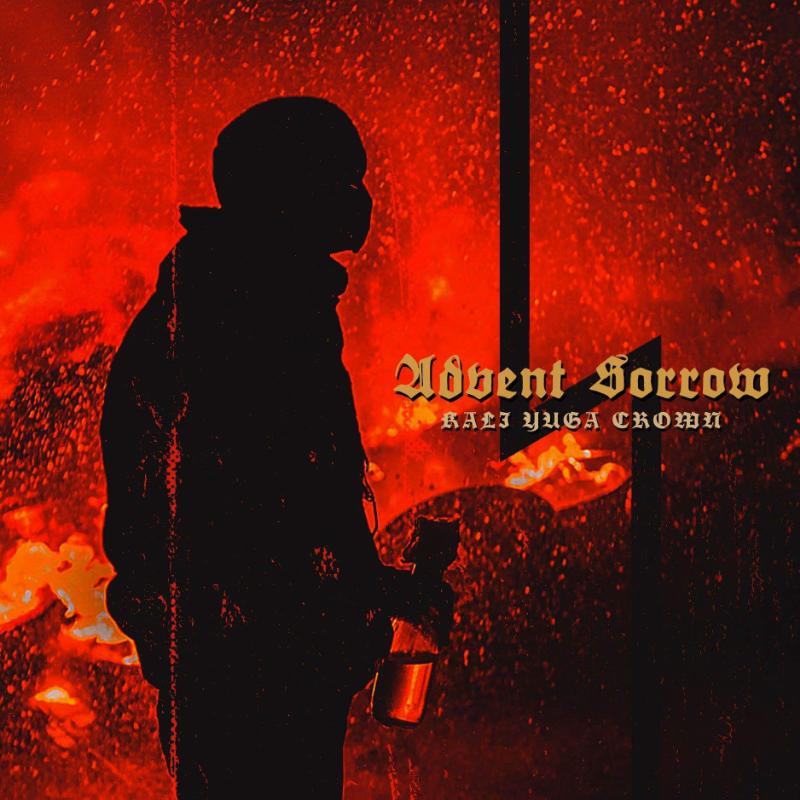 Advent Sorrow is an Australian band that has been around for 10 years. Stylistically, they started out as a symphonic Black Metal band, over time and on this release that has changed. They call their style torturous Black Metal, trying to convey that they are not quite a depressive suicidal Black Metal act, nor a fully atmospheric one. The band incorporates a few different branches of the Black Metal tree to a successful degree, without falling and losing themselves.

DSBM or Atmospheric BM bands tend to focus on a few elements and stay in a familiar realm. That’s not the case here, there is atmosphere, aggression, power, ambience, melody (a lot of melody),  reckless abandon, melancholy, pain, and at times introspective moments.

This is a well thought out album. The songs are well-composed and layered. This is a plus for me, as a lot of DSBM albums tend to lose me for a lack of dynamics outside of the 1 – 2 contrast of ambient moments and Black Metal fuckery.

The production on the album deserves an honorable mention. All instruments are audible, yes,  even the bass comes through clearly, the drums sound organic and imposing, the keyboards do a good job of rounding out the sharp edges of the guitars. Speaking of the guitars, those fuckers definitely keep you interested. Both guitars play off each other well contrasting straight forward chords with trem riffing, playing against one another with opposing lines, while managing to bring numerous catchy moments to the entire album.

The first song of the album, “Verminblood”, opens with a Cello and quiet keys until the vocalist joins in with a gasp, almost as if he was underwater coming up for air. After the chorus, there is a bit of space with keys and guitars before faster beats remind you this is Black Metal after all.

The next song, “Wolf and Weapon”, is quintessential Black ‘n Roll. If you don’t tap a foot, bop your head, or throw a fist or two in the air at any point in this song, you’re probably boring as hell and must love to discuss Nietzsche at summer barbecues. There are the occasional tremolo riffs here, but they come back to Black ‘n Roll for most of the song. These fuckers know how to write catchy choruses. Around the 3 minute mark, the mood changes, but the essence of the song is the same.

“Spearhead” is a mid-tempo tune in which the drumming adds space and depth, in the name of ambience and atmosphere. The bass is loud and clear on this one. It gets melancholic at the 2-minute mark, and this is a reminder of the variances they bring to their sound in a way that works.

The Title track starts blasting right away then transitions to layered sections and ventures into familiar DSBM territory, especially with the shrieks and rasps typical of the style.

The second half of the album continues the main theme of the album – the approach of meshing and melding different Black Metal styles to a mostly successful, and generally cohesive degree. At times some ingredients are more noticeable than others in this chaotic soup, were this a different band or even just different members in the band, this could have been a terrible soup. This particular bowl works though, it’s nuanced, interesting, and you can tell the chefs cooking it care about their craft. Fucking Aussie metalheads, am I right?!

One final note, the last song of the album “Death in Magic Antagonism” has, to a greater degree, more of a Washingtonian/ Cascadian Black Metal influence than the rest of the album. As far as adding that additional element of atmospheric Black Metal goes, it is an interesting way to close the proceedings. It has me curious to see if this is the direction of future endeavors, or just a talented band no satisfied with all they are doing and wanting to push themselves further. Fucking Aussie metalheads, man! (International Acrobat)