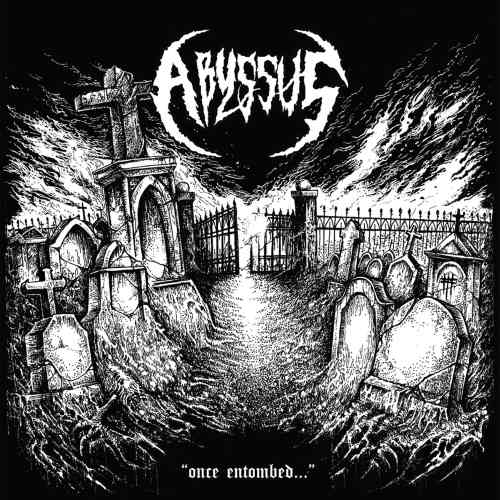 Everyone who breeds and happens to love death metal has already heard about Abyssus from Greece. Hopefully, you’ve also listened to their debut album “Into the Abyss”, released by Memento Mori back in October of 2015. Now, it’s time to know the roots of this amazing band, delivered to us by none other than Transcending Obscurity from India, through its sub-label Transcending Obscurity Classics. This compilation will allow every Abyssus fan to get to know the band’s history, their evolution and understand why this is a band that needs to be taken very seriously. It opens with a couple of songs (one being a cover of “Chaos Is My Life” from the mighty The Exploited) from their 2014 split EP “Obscure” (with Slaktgrav), followed by five tracks from their split (also released in 2014) with Morbider, “From The Abyss Raised The Morbid” (the same tracks can be found on the “Summon the Dead” EP and includes a Sodom cover, “Outbreak of Evil”). Next, five great songs from the “No Life in the Coffin” split with Nocturnal Vomit (released in 2013), which includes another cover song, “Death Hammer” (Asphyx). To close the compilation, their entire first EP “Monarch To The Kingdom Of The Dead” (2012) can be found, as well as two extra goodies, a cover of “Sacred Serenity” (Death), taken from a tribute to Chuck Schuldiner’s band and Slayer’s “Postmorten”, previously unreleased. So, make sure you grab this if you’re a fan of their debut album. If you haven’t heard it and you are an Obituary fan, you won’t be disappointed and you will have to add this band’s releases to your personal CD collection. (Antonio)