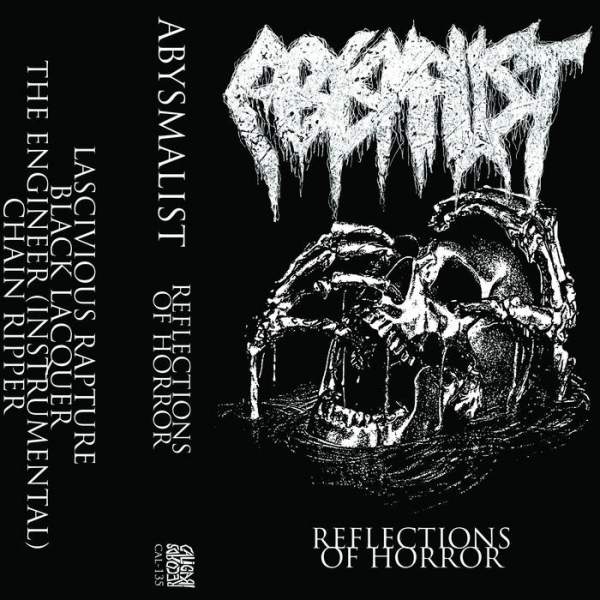 Abysmalist are a two-piece death metal band that hail from Sacramento, California but sound like they were spewed out of the swamps of Florida. “Reflections of Horror” is their debut demo released by Caligari Records.

At just four tracks, they conjure up a big slab of American death metal not far removed from Autopsy or early Obituary. Leaping from fast to mid-tempo riffs, there is a syrup like thickness to the chugging guitar and boulder moving drums. Vocals are spot on, just enough gut wrenching growls but with words that are discernable. The guitar leads which are interesting and creative cut through the muck and adds a mature texture to the song writing, not always present on a demo.

The artwork on the tape cover is killer and reminiscent of old Nihilist demo covers. Death Metal heads should snatch up a copy before it sells out, which it most definitley will. I look forward to hear what these guys drop next. (Ted Gloom)