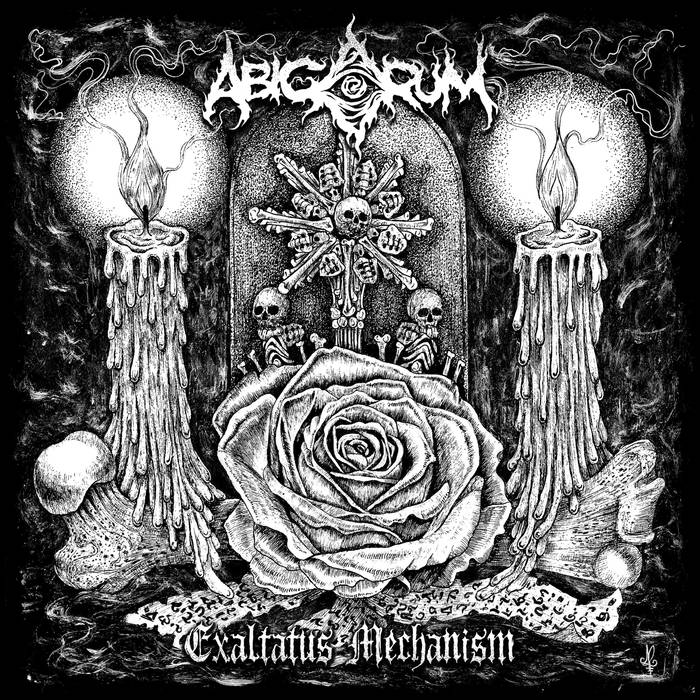 The owner of Satanath Records doesn’t only release lots of albums in cooperation with other labels, he also has some free time left to create some tunes as well with Taiga and this Black/Doom entity called Abigorum.

Along with 2 Germans he composed the debut album “Exaltatus Mechanism” which is filled with bleak hybrid of ambient soundscapes and slow Blackened Doom which will not be everyone’s cup of whisky barrel aged Russian Imperial Stout. The fact Abigorum have released a split with a band like Striborg may be a reference for you.

The main theme is “Grey and Black” of this drowned in sorrow piece of despair, sung in the German language. As said, not for everyone but if you can handle a funeral like Nortt, this can be interesting for you. (Ricardo)