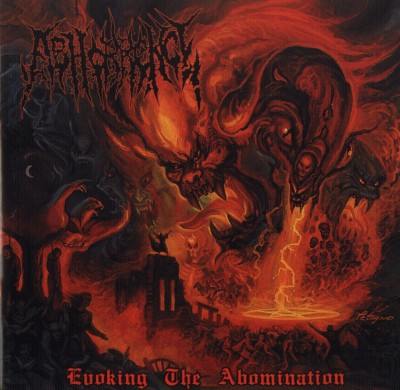 The parallel to Krisiun is easily made. Not only does Abhorrence have 2 brothers in the band, the music is also quite similar to Krisiun and Rebaelliun. Particularly the old Krisiun. Mostely fast and even faster brutal death metal songs of approximately 3 minutes of length. The production is okay but not as good as it should be for the furocious death metal on this album. Overall, it tends to get a bit chaotic, just like the earlier Krisiun albums. Hell, I’m sure that there are people out there who think that Krisiun have become to controlled and structured, and who prefer a more chaotic style. For them, Abhorrence is the perfect virus (copyright by Annihilator haha). For everyone else: if you like Krisiun and want to check out another band who plays a quite similar style, then try this album. It’s not as impressive as Krisiun are but they might be in a few years. I’m curious how these guys will develop themselves. (Saldiac)