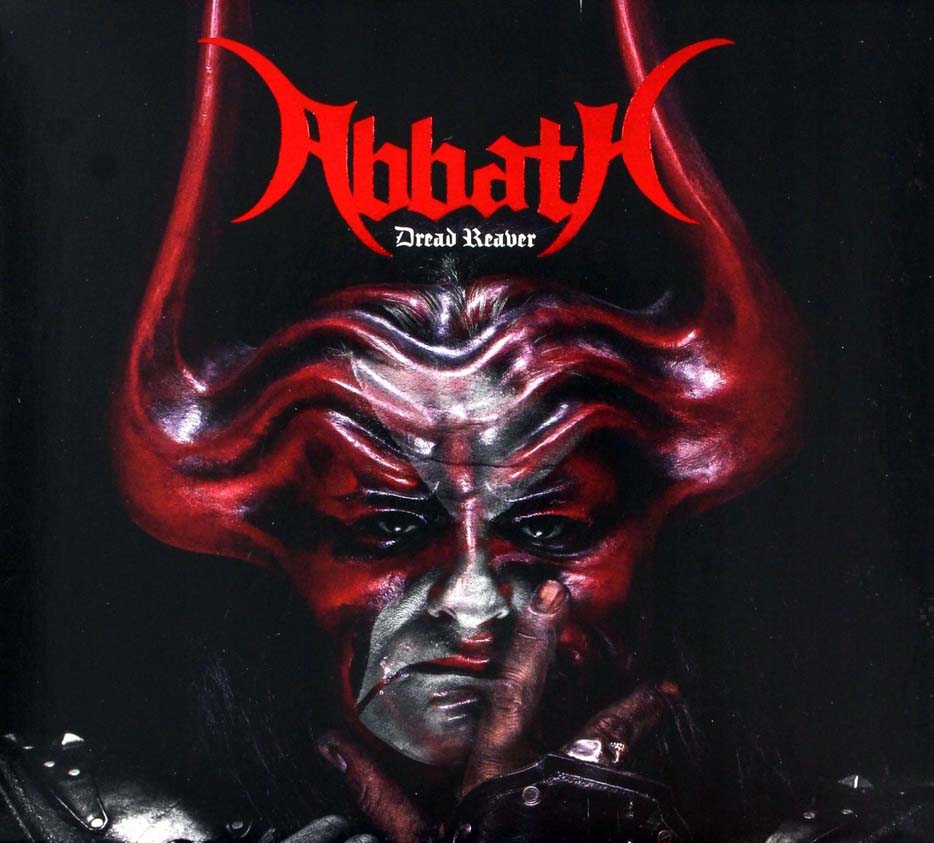 After Abbath left ‘his’ Immortal and continued under his own name, a lot has happened. Not only is Abbath already at his third album with this ‘Dread Reaver’, despite the many alcohol-soaked problems of this once-iconic Norwegian Black Metal musician, Immortal has not been idle either, they (Demonaz and Horgh) have also released album under the Immortal banner. But now there is also strife among these two remaining Immortal members. As it stands, Immortal turned out not to be so immortal after all and the quarrels, feuds and lawsuits now resemble a soap opera, however, the question in this one is who is the Bold and who is the Beautiful…

Alright, so this third album from Abbath, successor to the reasonable ‘Abbath’ (2016, Season Of Mist’) and the lesser ‘Outstrider’ (2019, Season Of Mist). Contrary to how Abbath’s ‘solo’ career is seen, musically this is not much related to Immortal, but all the more so to the short-lived Project I, along with Ice Dale (Enslaved), TC King (ex-Gorgoroth) and Demonaz and Armagedda (both ex-Immortal). At the time, it was a surprising side step (if any) in which the Immortal-recipe was infused with the collective fondness for Bathory. That sound was actually further developed on these Abbath-albums.

So it’s not all entirely new, but it nowhere reaches the level of what they presented with I, on ‘Between Two Worlds’ (2006, Nuclear Blast). There are some good riffs and ideas here and there, but it’s not really uplifting. In fact, it all sounds pretty uninspired and weary. That was so on the first two albums and it’s not different on this ‘Dread Reaver’. The faster pieces sound messy, the mid-tempo pieces much less epic than intended and the compositions are not exciting enough. Of course you can hear the unmistakable musical signature of Abbath and the whole thing sounds fine (in terms of production), but that is really insufficient to save this album – with the truly abominable Metallica-cover ‘Trapped Under Ice’ as the absolute low. As far as I’m concerned, Abbath really falls through the lower limits with this new album.

Although a man who wrote albums like ‘Pure Holocaust’, ‘Battles In The North’ and ‘At The Heart Of Winter’ has nothing more to prove, it is kind of sad to realize that little solid comes out of his musical pen anymore – not to mention all the embarrassing youtube moments where he makes a complete fool of himself. And yet, if Abbath proved anything with ‘Dread Reaver’, it’s that Immortal was so much more than the sum of its two parts. (FelixS)

In the Summer of 2022, the world no longer seems halted to a grinding stop.  Not only are fests occurring full speed ahead, even with some rather unfortunate cancellations, many festival attendees are coming out in full form ready to party with more fests with more being announced on a near daily basis.  Furthermore, there is a  cornucopia of new releases from acts playing said fests, which aid to heighten the hype.  Of course, many newer outfits are trying to place their own spin on metal, but sometimes this writer just wants something old and familiar, and I was too excited to have my claws on a new Abbath release right towards the pandemic’s end.   As Abbath’s second album from 2019, “Outstrider”has shown us, much like the oncoming summer festival season, the former Immortal front-man is showing no signs of toning down the assault on our eardrums whatsoever.

Surprisingly, Abbath’s current release titled “Dead Reaver” is absolutely following the footsteps of ongoing aggression.  As far as tempo is concerned, this might not have the highest velocity, but there is no shortage of grit, even on slower songs such as “Dream Cull,” which begins with a pleasant melody to only become grittier as time flows forward.  Vanished completely are the long epics many fans have remembered from their “At the Dawn of Winter” and “Sons of Northern Darkness,” years as not a single song from Abbath’s “Dread Reaver” exceeds the five minute mark.

I was looking forward to the upcoming Immortal release, to hear that similar frosty sound with longer songs, but unfortunately, there seems to be a legal dispute regarding the name Immortal in general. It almost seems like Abbath is trying to make a point with this newest release of his as the songs are much faster, crunchier, and harsher than most of us might remember from the longtime musician and songwriter. For those that have yet to give “Outstrider” and “Dread Reaver” an honest listen, imagine Immortal’s “Battles in the North” and “Blizzard Beasts,” but with an improved sound boost while maintaining the grit and speed, but actually blessing all of his songs with actual endings.  My complaint about those two particular Immortal albums were how several of the tracks on both albums would come to a very abrupt and screeching halt.  Is Abbath going to keep writing more aggressive material with each release, or is he just trying to make a point towards the other Immortal?

This really is not a bad album by any means, as music is subjective, but I can see and understand people not liking this, as it has next to nothing in common with the first two Immortal albums or their Peter Tagtgren produced era.  There is a very interesting cover of Metallica’s “Trapped Under Ice,” on this release which sounds appropriately faster, harsher, and colder than the original we all know and love.  Just about all of the songs are worth hearing, as the musicianship is always competent on this album.  Abbath is not necessarily attempting to write epic masterpieces, but it sounds like the pandemic might have got to him more than the rest of us and he was really trying to cut loose with “Dead Reaver.”  There are only about three slower/melodic sections, where the rest of the album is grim and crunchy.  “Dread Reaver comes nowhere close to having my favorite riffs, and to me this is one of his weaker releases, but Abbath is arguably still playing his heart out.  Perhaps Abbath is not playing as rapidly as the pure holocaust days, but the drum-work sounds quicker and tighter than ever while Abbath solos through half of the entire album.  For those doubters, the songs recommended to check out are “Scarred Core,” “The Deep Unbound,” and the title track/final song on the album.  This album is not recommended for those wanting material in the vein of “Sons of Northern Darkness” or “I.”  Recommended for those wanting a harsher sound with less clean guitars or perhaps those looking for an apology for “Blizzard Beasts.” (Old Man Stares)