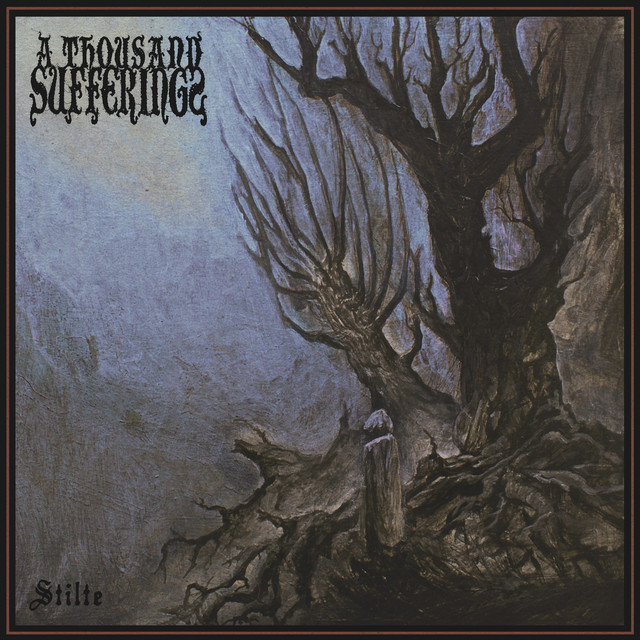 I will not go too deep within this Flemish band’s history this time. So, I will go almost immediately to the aural content of this newest effort by this act from Antwerp-based soil. But first a small introduction…

This quartet did write, compose and record their new material over the last two years or so, which they eventually recorded at their CR Studio. Everything got produced and mixed by frontman PJ Turlinckx (vocals + guitars), and the final mastering was done at the famous Much Luv Studio by Tim De Gieter (AmenRa, Splendidula, Black Bile, Gavran and many more; I like the name of this venue: ‘Much Luv’). The result is a 40+ album, consisting of five individual parts, highly related individually.

I mean, ‘stilte’ is Dutch for ‘silence’. And once again, compared to the former material, this newest recording is like another logical step within this band’s permanent evolution. When both former full-lengths did have a specific ‘sludgy’ attitude, and even a certain ‘Post’-oriented execution (especially Bleakness), this new album somehow sounds much more blackened and oppressive. Another remarkable novelty is the textual side, with lyrics written (and performed) in Flemish (*) this time, instead of English. And they are cleverly related with each-other, in-depth and almost dark-poetic in essence.

What didn’t change, however, is the huge variation on several levels.

This goes for the structure of all compositions especially. With exception of the last (instrumental) song, all of them are quite lengthy, varying from eight to eleven minutes. But the variety within each of them makes every single piece sound like an album an sich. Harsh and intense parts alternate with more integer ones, dystopian excepts get penetrated by semi-acoustic intermezzi or introductions, bleak and grim fragments appear in partnership with atmospheric passages. Besides, there are the many changes in tempo (yet keep in mind that the better part balances in between pretty slow and mid-tempo, with just a handful of accelerations showing up only once in a while), the injection of fine solos, the vocal variety (mainly yells and some truly remarkable blackish screams, but other kinds of throat-rape, anthemic shouting and melodious singing pass by as well), and the balance of different yet related sonic approaches, like (Traditional) Doom and Melodic / Atmospheric Black Metal especially, as well as hints from Groove and Sludge, Post-Metal and DSBM.

The general atmosphere brings doom and grief for sure, despair and disgust, emptiness and moroseness, obscurity and dreariness. However, one cannot compare this material with superficial self-pitying stuff. Therefor the result is too dismal, too rigorous, too acrimonious. This expression of woe and distress gets invigorated by the truly monumental sound quality, which leaves no room for whining melancholia or melo-dramatic moodiness.

I’ll keep it short this time. I think that each A Thousand Sufferings release was more convincing and impressing than its predecessor. That surely is the case once more with “Stilte” (can you imagine that I do look forward to experience the next one; hopefully not once more with another three-year break). Everything fits: visuals and lyrics, instrumental execution and vocal contribution, gloomy atmosphere and dense, heavy-weighted sound. (Ivan “Concerteweb” Tibos)