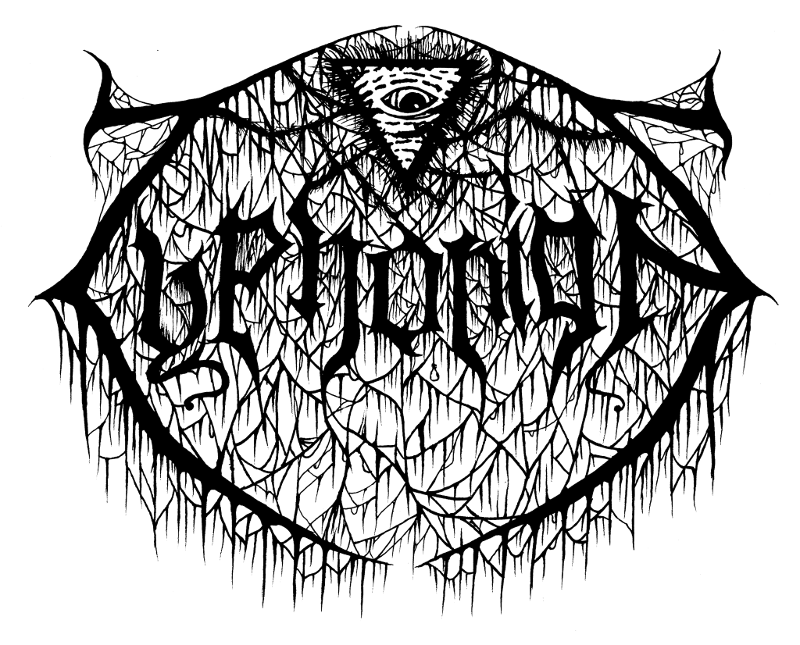 Death Metal Chameleon. That’s how I described TYPHONIAN in my review of their debut album. “A showcase they can play anything between Intestine Baalism, Cannibal Corpse, Bolt Thrower, Asphyx and Morbid Angel”, needless to say I was quite surprised hearing all this and I want to know more about these fine Germans….(Ricardo)

Typhonian was formed in early 2017 by Prometheus and Typhon. We (Prometheus and Typhon) know each other already for years and played music together for several years. Also, we know the local scene for several years. Our vocalist M. W. Styrum joined Typhonian a few months later when the first songs for our debut album were recored. By now, we are a complete band with Charybdis as bassist and Charon as drummer. More information regarding the full line-up will follow soon.

What inspired you to start a band in this genre?
Typhon already played in a local death metal band which disbanded, so we wanted to form a new band which combines the traditional old school sound with a more sophisticated concept.

Which bands grabbed you by the throat? Which bands have influenced Typhonian and its sound at the beginning?
We were mainly influenced by Bolt Trower, Fleshcrawl, old Cemetary, Dismember, Darkthrone’s “Soulside Journey”, Entombed, Brutality and Gorement. The rotten old school sound was especially appealing for us because it delivers the message from our songs in an appropriate way. 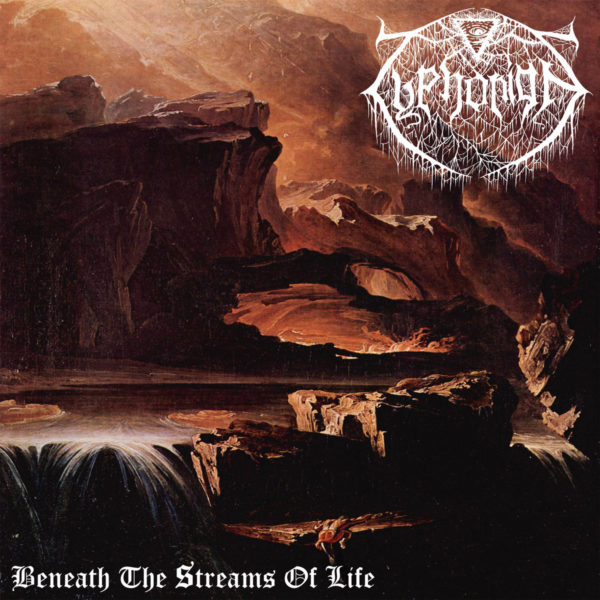 And what about your debut album: “Beneath the Streams of Life”…
The writing process was primary conducted in the studio, some of the ideas were composed individually by the band members before the recording process started.
Beneath the Streams of Life was recorded and produced in the studios of Prometheus and Typhon. For the recording process, we used a drum computer due to the fact we didn’t have a drummer at this time. We used a lot of different guitars for the recording, including 6 string baritone, 7 string, 8 string and 12-string acoustic guitars. Prometheus recorded the bass of the album with a 5-string fretless bass. All intros and orchestral parts were done by Typhon.  We received very good reviews and comments for our debut album. The sound and diversity of the songs were praised. We even appeared on the underground blog of the vocalist of The Black Dahlia Murder which was a big surprise and compliment for us.

Let’s move to your lyrical influences…
The lyrics are written by vocalist M. W. Styrum and guitarist Prometheus. While “Beneath the Streams of Life” is not a concept album, the songs themselves cover little stories. The lyrics are based on death and experiences with death, additionally we incorporate occult and philosophical themes in our lyrics. “Walking on Skulls” for example is based on an apocalyptic vision where “Temple of Impurity” is more nihilistic. We write lyrics in a way that they are not too one-dimensional and it is always interesting to follow them.
From movies, books to historical events, everything has an influence on us. For “Death Squad” we were influenced by the gruesome terror of World War II to write lyrics for this song. For the images provoked in “Walking on Skulls”, Prometheus lists the Terminator movies as influence.  So, they definitely are an important aspect of Typhonian and we want to focus even more on the lyrics in the future.

What about the future for the band? If I’m right your next release will be an EP, right?
Yes, our upcoming release will be an EP and the songs are already completed. Currently we are in the mixing process and an individual cover art is done this time. It will be finished until the end of this year. This time, we want to release it with a label. At the moment, we are still looking for a fitting label. Besides that, the songwriting process for our second full album has already begun.

Before we wrap up this interview, do you have any final words or thoughts?
Thanks for giving us the opportunity to do this interview. We also want to thank all fans and supporters of old school Death Metal and everyone out there who listened and supported our album! You will hear from us very soon!