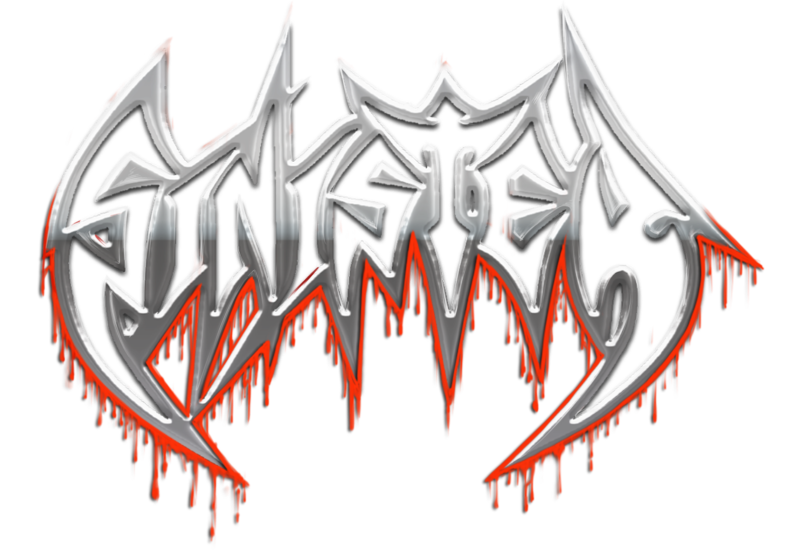 If one of the oldest Dutch Death Metal bands is releasing new material it’s better to be ready for a deadly strike! Horns up for Sinister and their new record. (DPF) 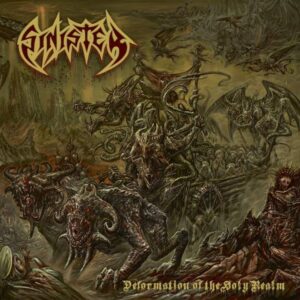 First of all Adrie, thanks for accepting the interview and congratulations with the new record. It is violent, catchy and atmospheric, a good balance of everything. Are you happy with the response so far?
Yes  we are very happy with the reactions till now,also when we can not please everybody ofcourse. Our goal was to try the make a brutal, catchy record and it turned out really good I think.

Just a short lookback: Are you still happy with “Syncretism”? Are there elements of the record of which you prefer do have done differently with the knowledge you know now?
“Syncretism” is still a great record and when I look back we did everything we wanted on this record so no regrets about anything. On “Syncretism” we had more keys in the songs compare to “Deformation…”. Like always when we start the process of creating new music we know already that we will not make a copy from the last record that is to easy play safe all the time. So we had in mind to take out some keys and focus more on the guitar riffs. We are not a band that have 25 riffs in one song to impress people, no…riffs have to serve the song and when you can do that with less riffs the music will be only more catchy.

Were there things you have changed in the songwriting and recording process? What were you guys looking for on the new record?
I think I answered this already hahaha. More catchy riffs, more catchy vocal parts music that stays in your head that was our goal this time. A little less of everything but a more open brutal sound and not completely full like on “Syncretism”.

Since the last record the line-up has changed, how did you guys connect and did it affect the songwriting?
True like always a new line up hahaha, but that is not my fault, believe me. Compare to “Syncretism” we have a new bass player and two new guitar players in the band, haha my god. Ghislain (bass) who is now with us already for some years was the main song composer for “Deformation…” and did a great job. He played also all guitars on this record. Michal (guitar) is from Poland. Michal sended a message to us when he found out that we were looking for a new guitar player in Sinister. After his visit in Holland we had both a positive feeling that he was the right person for the job. On “Deformation…” Mike did almost all guitar solos. Walter joined as last the band after the departure of Dennis, but that was also after the recordings of “Deformation…”. I knew  Walter already for years but never really close in contact, but he was the first person who came in my mind to ask for Sinister for the second guitar spot. And till now it works great with this guys, all are so motivated to bring Sinister still after all this years to the next level. 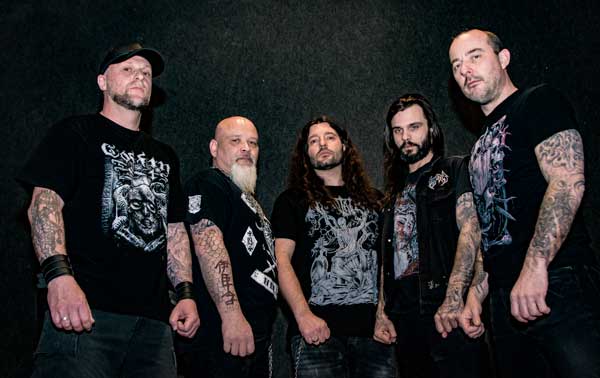 You worked again with Alex for the Artwork. He’s doing a great job. How does the process work with him? Do you give him concrete ideas or just brief descriptions and let him do the thing?
Yes correct I have always the idea in my head what I like to have for Sinister. I send my idea to Alex and than he starts to work on it. In the process we are in contact a lot so we both now that we are on the right track. I give him also a lot of freedom but when he comes with something I don’t like, I let him know haha. At the end we  always work things out so that the band is pleased and also Alex.

Massacre Records seems your place to be, although you’re one of the few pure Death Metal acts on the huge rooster. I guess you are happy with your label so far? You’ve worked with quite some labels, how would you describe the differences?
That is always a hard question to answer because I don’t like to talk bad about any label. But lets say that every label is good for you when you are also good for them, and than I mean with selling records much as possible. I completely understand this because at the end its all business, even in extreme music.

What are your plans for the next months? The current situation makes shows almost impossible, but what afterwards?
This situation is so fucked up.We are a band that love to play live shows all over the globe.We have to accept the situation and see what will happen, but one thing is for sure we can not wait to hit the stage to promote “Deformation of the holy realm”.

Mundane question: After more than 3 decades, how do you remain hungry for Death Metal?
This is what I love to do the most in my free time. The love that I have for brutal music keeps me going. This 3 decades were flighing, no regrets at all, end loved every min from it. That it was not always easy and the fact that my band never received the real exposure that it deserved was sometimes hard to accept but no reason to give up.

If we have left something open you would like to mention…feel free to add it here. Thanks for the interview!
No I think all is here.I like to thank you for the interview and maybe till next time.