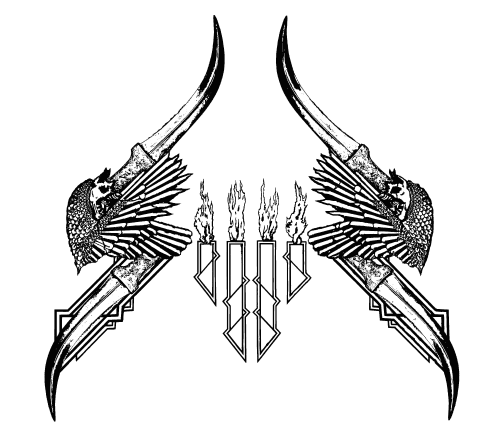 Sijjin is just a crushing Death/Thrash band from Germany and as soon as I head them I knew a interview was in order. Here is a interview with bass player/singer Malte Gericke. (Chris Forbes)

Where were you born and where did you grow up?
Greetings Chris! I was born in February 1976 and grew up in West Berlin, Germany. I witnessed the wall, the strange atmosphere this city had in the 80ties and never moved to another place.

What sort of kid were you growing up? Were you into music at a young age?
Indeed, I began to listen to Heavy Metal at a very young age. I grew up in a tower block area in southern Berlin, which was the perfect ground for Heavy Metal. My mostly older friends copied me all the classic albums on tape and I was listening to music with my walkman constantly. We always met on the streets, Metalheads, Punks and black Hardcore kids united, listening to Slayer, Metallica and the likes. I remember that I already listened to Speed Metal while I was in the 5th class, being 11 years of age.

So what got you into music and what were the first genres of music that you heard and got into?
My father had a huge record collection, two of my first albums, which I really loved, were the first Santana and the first Dire Straits Lp. I started to get into hard rock with Bon Jovi, Warlock and Twisted Sister, followed by Maiden and Motörhead. Then came Venom and my addiction of Thrash and Death Metal. The rest is history.

How did you end up discovering the underground? What were some of the 1st bands that you heard? Was this style of music that you took an immediate liking to, or did it take a bit to get you hooked?
I remember that I was shocked when I first heard Motörhead. This voice, the unrelenting power, man, it send shivers down my spine. I was dragged to the dark side when a mate of mine copied me Show No Mercy on tape. When I heard the chorus of Evil Has No Boundaries, my soul was gone. Then I got into the extreme Thrash and Death Metal movement, especially the late 80ties, early 90ties were magical with tons of great shows. The 1991 concert of Morbid Angel and Sadus in Berlin still ranks amongst my most precious memories of that time.

Now you have been in about 9 other bands besides Sijjin. Are any of them still active and are you in any of those bands these days? I believe you are still in Necros Christos, which have been in since 2001. What does that band sound like?
I`m still in NC, we will play our very last show next year after 19 years of death and necromancy. After that, I will fully concentrate on Sijjin only. Besides those two bands, I play in no other outfits theses days, nor I will do so. 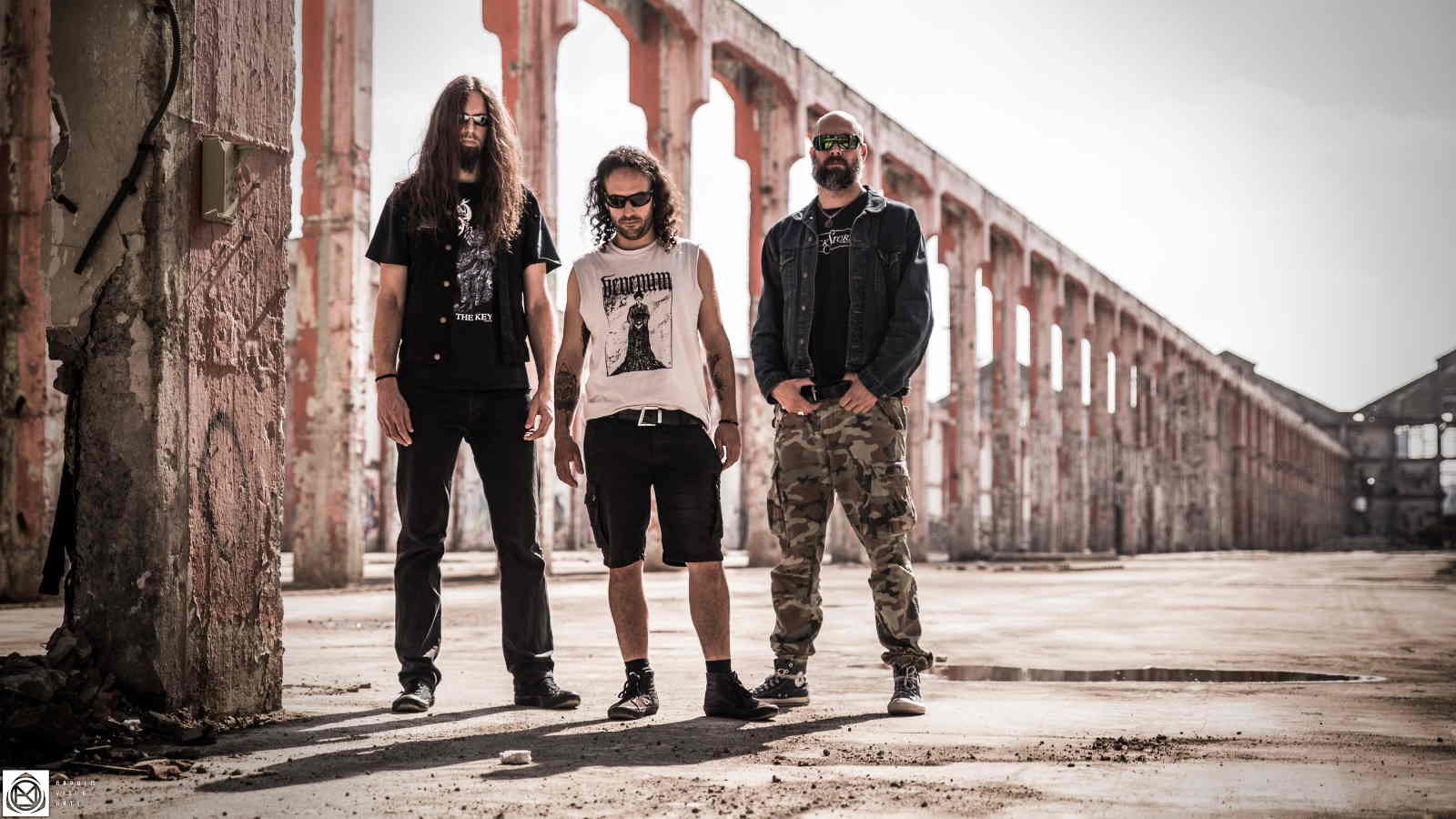 How did the coming of Sijjin come together? Was it easy for the 3 of you to find each other?
I believe in destiny and that everything has its time granted. Ivan, Sijjin`s drummer, is also the NC drummer and Ekaitz, Sijjin`s guitar wizard, is Ivan`s oldest friend. Both played in several bands together. When I first saw Ekaitz playing guitar, my jaws dropped and I knew we simply had to form a band of our own liking. Since we all adore and grew up with Morbid Angel, Incubus, Nocturnus, Sadus, Necrovore, Possessed, Slayer and the likes, the path we should travel on was already chosen.

Now you play bass and sing in Sijjin. I know you played guitar in at least one of the other bands you were in. Why not play guitar in Sijjin?
First, because Ekaitz is so good that I cannot imagine being his sidekick. On the other hand, I love playing bass and it is my favourite instrument, always was. I already played electric bass and contrabass back in school. Makes also more sense playing bass while being the one to shout.

How did you come up with the name Sijjin? Does it mean anything?
The name is of Arabic origin and denotes the deepest region of hell. It has different meanings though, but all has to do with hell and damnation. Likewise, the music of Sijjin is hell and death eternal.

So the 3 of you form the band. How did the coming of the excellent EP you just released come together? Where did you record it and how long were you in the studio for?
Ekaitz has his own studio named BlackStorm, located and isolated in the Basque mountains. Ivan and me flew there for a week past summer and we recorded the demo live, just overdubbing the second rhythm guitar, solos and vocals. What you can hear on Angel Of The Eastern Gate are all live takes, non-cutted, no triggers, no bullshit. We rehearsed our asses off, lived together and went for Death fuckin`Metal 24/7.

What are some of the song subjects you write about?
Most songs deal with Sumerian themes as of spells, stories and deities to be re-invoked.

The demo, you released it yourselves. Any plans to reach out to any labels to see if they would be interested in signing you guys?
I am pretty sure we will go for a full length on Sepulchral Voice Records.

How has been the response to the demo so far?
Quite overwhelming so to say, a lot of maniacs out there seem to appreciate our 80ties worship and it still grows man. We couldn`t be happier with the turn out and do our best to come up with insane new stuff hopefully soon.

Have you played live at all and if so how did that go?
Not yet, although every one of us has played live a hundred times with his old bands. We will start playing live with Sijjin next year and aim for constant live shows and touring.

How would you describe the band’s music?
Evil crushing Death Metal as it was meant to be.

If someone would want to purchase your demo, where could they go to get it? Plug any websites or social media sites you have.
It`s available through Sepuchlral Voice Records, just check their website. Or write me at mordra999@hotmail.com and I will do my best to answer in time.

Horns up Malte for doing this interview. Any last words to wrap this up?
Thanks a lot Chris for the interview and support, highly appreciated. Hell is Sijjin. Sijjin is in Hell. DIE!!!