Seid – “And I am not significantly interested in Satanism either, even if I believe in demons and possession to some extent. So… this is my filter when looking at the Earth and the Cosmos. I do not think Thor is actually the one creating bolts and thunder with a hammer…”

I’ve long been a fan of the work put out by Seiðr, whether that be through Serpent Omega or in this case, Black Metal band Seid! So I was thrilled that he agreed to an interview. Read on as we discuss Norse Gods, new album ‘Svartr sól’, vinyl pressing waiting lists, and having a four year old as a backing singer. (Marksson)

Hails to you Seiðr. Thank you for speaking with me. How is life right now in Sweden?
Hey man, nice of you to drop by again, cheers! Life is generally good in Sweden but energy prices, diesel prices, interest rates, food prices, ammo prices and inflation are up very much and I think it will raise even more. We are slowly bombing ourselves back to the Middle Ages.

You are riding the wave of the release of your new album ‘Svartr sól’. How has the reaction been to your new opus thus far?
Reactions have been very good to be honest! Good reviews. Black Metal Promotion posted it on YouTube with great response and we did a couple of nice gigs too: so far, a club gig in Stockholm with Ereb Altor (great guys and great promotor) and a big festival gig at Gefle Metal Festival. To be honest, I have a lot on my plate and if I was working harder with promotion, I know more cool stuff would happen. Maybe we should get a manager or booker or something, I don’t know.

How do you feel about the new album? Are you happy with the result? Is there anything you would have done differently?
I am really happy with the result, the mix I did and everything. Even using a new bass player on this album turned out great. (Osgillitah instead of Alex from Craft)

It’s nice to see a cassette-only release. Whose decision was this, the band, or the label?
Cassette-only (and Bandcamp) is an effect of the Covid actually, vinyl pressing times where so long, so I think vinyl just ran out in the sand. CD we never did.

Your work revolves heavily around Viking history and mythology, as well as rune magic and Asatru. In truth I am not massively well versed in Asatru other than knowing some of the old Gods and their deeds. What kind of message and theme runs through the new album? Just how in depth do you like to go into these themes?
It is my culture and history and it is my DNA, so I wouldn’t write about (for example) African gods or traditions because I feel nothing for them if you know what I mean. And the Abrahamitic religions are not for me either. And I am not significantly interested in Satanism either, even if I believe in demons and possession to some extent. So… this is my filter when looking at the Earth and the Cosmos. I do not think Thor is actually the one creating bolts and thunder with a hammer… It is on a deeper level a modernized paganism. SEID is my tool to travel in time and dimensions, explore and pillage, SEID is my long ship. 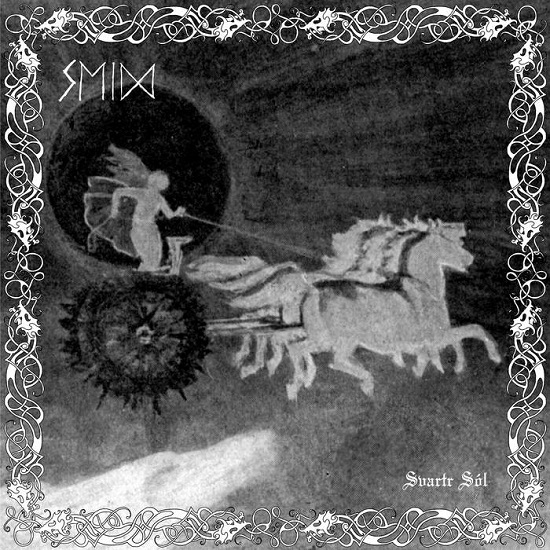 I was especially drawn to the title track of the new album. For me it was filled to the brim with various musical influences. Do you set limits on the sounds and styles that Seid incorporate into the music? What kind of influences do you feel you channelled into the album?
The song is a great one, it has a great riff, maybe the best I ever wrote, and my son (4 years old at the time) were doing backup vocals on that one with surprisingly good result. So, I kept that in the mix. Yes, I want SEID to be known as the 90s Norse black metal. Influences for that song would be Swedish folk songs, Internal Decay, Dawn, Marduk, Impaled Nazarene, and Candlemass. For the album basically any music I listened to in my life, especially in the 90s haha.

Can you tell me where the artwork for the album came from? I want to ask who designed it but it looks like it might be an older piece of work?
Yes, you are right, the original painting it is based upon is from 1909 by John Charles Dollman.

You were very prolific before the pandemic. A release a year by my count. It has taken a little time for you to get back up to speed. How hard was it emerging from the crisis for the band?
Speed never went down, but I have been working with Serpent Omega, Web of Urd and lately also Walls of the Desolate. At the same time producing for other bands with my studio Dark Prod Studios. 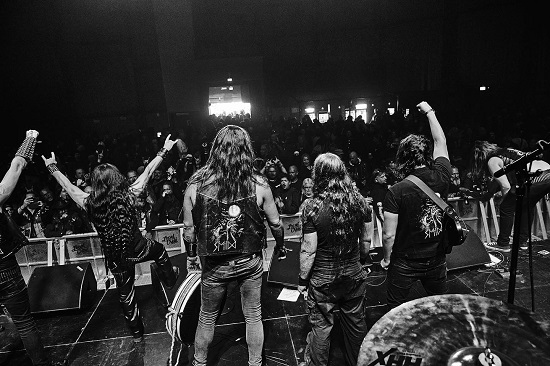 What are the bands plans for the rest of the year and into 2023? Anything exciting we should be looking out for?
Hmm not much planned unfortunately, a few gigs under discussion. We are very interested in playing more live now when a full live band exist with great session musicians. It would be definitely cool to play more festivals in 2023.

How is the extreme metal scene in Sweden post-pandemic? Are things getting back to normal? Are there any bands or labels you want to give a mention?
It is recovering! Not Swedish and not underground but I want to give a big respect to Emperor, MGLA and Mayhem who all did exceptionally great shows when we were sharing stage with them at Gefle Metal. And it was also cool to see Urskogr and Peter Stjärnvind (Both from Serpent Omega) perform with Entombed on vocals and drums. Urskogr really did a great job with, for example, the song Chief Rebel Angel.

Thank you again for talking to me. The final words are down to you.
Thank YOU. We need more people like you in the scene, the scene is crawling with bands copying each other and pretending to be cool while posing in corpse paint in the backyard of their mother’s house. Girls showing their asses in metal shirts on Instagram while getting more likes than the bands themselves, and so on, but what the scene really need is fans buying albums and going to the shows, good labels, good fanzines, and what we call in Sweden, a real “fire souls”.