I had the pleasure to interview Beleth of Noctem. The spanish black/death mongers just released their fifth album called “The Black Consecration” which not only is their strongest output in my opinion but also shows a slide shift into their sound that might affect future offerings as well. So it was necessary to ask’em what happened during the career and especially during the last 3 years since “Haeresis”. (DPF)

Please give us a brief introduction to the bands carrier so far (Start, highlights, disappointments, changes..)
Noctem is a Black Metal band with a wide career of more than 18 years.  With 2 demos, 1 live LP and 5 albums released through labels such as Prosthetic Records, Art Gates Records, NHR and Metal Blade Records. After all these years Noctem is one of the most active acts from Spain. The band played on several relevant festivals and more than 25 tours through Europe, Asia, Russia and North America, sharing the road with well known acts such as Marduk, Batushka, Enthroned, Impiety, Napalm Death, Samael, Gorgoroth, Nargaroth, Keep of Kalessin, Taake, Immolation, Vomitory, Malevolent Creation, Incantation, Hate, Ragnarok, Melechesh and many many more…

Noctem counted with the collaboration of Christos Antoniou and Seth Siro Anton from Septic􀃸esh in previous releases. The artwork of “Haeresis” was designed by Seth and the orchestral version of the track “Divinity” was arranged by Christos Antoniou. 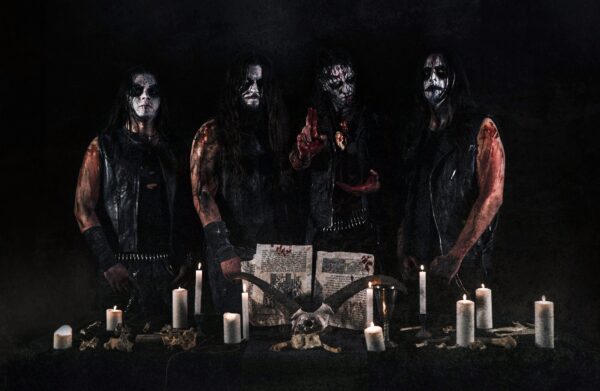 Congratulations to the new album. “The Black Consecration” feels very fresh and a bit different to the previous records in terms of atmosphere and ideas. It seems to be more reduced and to the point as well. How do you see it?
This is a new step for the band where, we abandon the labels of death metal or Blackened death metal, we focus our style more on black and even more on the roots of the genre. It has not been a logical musical evolution for the band, but it has certainly been necessary, risky and decisive.

How looks Noctem`s songwriting process usually? Any changes or differences compared to “Haeresis” for example?

Definetly After 5 albums we evolved more as musicians, we have grown and we wanted to experiment and bring something new and different to what we were doing. Now the band it feels like a solid project that is showing his potential. Musically we wanted to change the composition lines and take another step into the underground.

Can you tell us a bit more about the lyrical content and concept of the newest effort?
We decided to work more deeply in the roots of the genere, making the album that we wanted to do, this time it’s not a conceptual album but more good full of occultism, philosophy, deep disappointment, rage and misanthropy. I feel very comfortable with this new direction of the band, here is where we can develop all our potential in the stage and innovate in the studio.

What are you seeking for when you write new songs/a new record as artists?
I guess to solve all this problems or mistakes that you can solve of previous albums. for example everyone told us that Haeresis was really good, but that they missed that the band had innovated or risked, that they saw a progression in our style but without innovation… and we thought that we had left many things along the way, many ideas that we could to have shaped and that we do not carry out. After two years of Haeresis we met and talked about which road we wanted to take, and this was ours. A path to a raw, darker and more ambiental sound, but without falling into fashion like other new bands that are joining the genre.

I think the artwork fits the music very well. Who created the art and how went the collaboration? Did you had clear ideas in mind or just a brief sketch o fit and let the artist full freedom?
The album artwork was made by Credo quia Absurdum. https://quiabsurdum.com. Tiago it’s a great profesional, he really know how to work on time and what the band needs so it was really easy for us he just got the lyrics and some info and did the rest. I recomend him 300% if you want a perfect artwork and a competent designer this is the man. 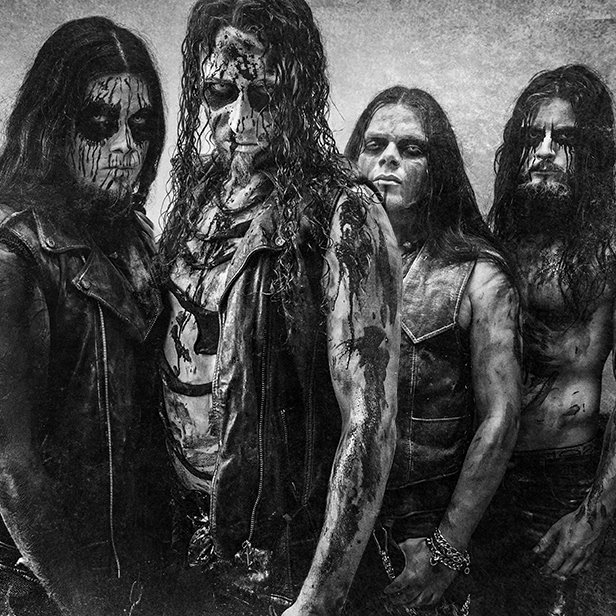 Can you tell us something about you collaboration with Art Gates Records? Seems to fit good as well.
It’s fine probably one of the best labels of this country. Ivan know how this works.

What do we have to expect from Noctem in 2020?
Well this year its going to be a year full of activity.  We are announcing new dates continuously and we will play in places where we never played yet… (it will be announced very soon) we start our European tour presenting The Black Consecration next week and we will be playing in Germany, Belgium, Netherlands, France, and more so stay tuned brothers and sisters.

Last words?
I would like to thank you for your time to make this gerat interview and your support brother and apologize for taking a little more time to answer it, we have been very busy recently and the beginning of the year has been total chaos. And for you Metal Maniacs!!! See you very soon on the road headbanging and drinking beers!!! stay fucking brutal!