Kings Rot – “One comment that stuck out was “the only downside of this album is its length, it should be a 6 hour record! Fuckin awesome!” 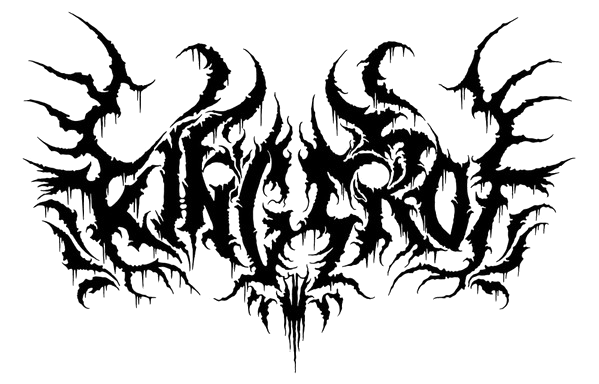 Last year Canadian Tolkien/Fantasy inspired Black Metal band Kings Rot unleashed their debut album entitled ‘The Shadow of the Accursed. I fired some questions over the Atlantic and the band got back to me with their thoughts on said album, dark fantasy as opposed to trve Satanic Black Metal, creating fantasy worlds and much more… (Marksson)

Greetings to you from the UK. Thank you for agreeing to answer some of my questions. How is life currently over in Canada?
Greetings from Canada! Thanks for asking us! Life in Canada is great, despite all the bullshit regarding COVID and politics over the last couple years, we’ve managed to stay strong and stay focused on the important things in life like our music and families.

Let’s get straight into the album. You released ‘The Shadow of the Accursed’, your debut album last year. Having had time for the dust to settle, what are your thoughts on how the album turned out?
I think the album turned out great, we had a good reception from lots of new and old fans from across the world. We’ve managed to get our tapes and CD’s out to a wide range of countries and that’s all we can really ask for. During COVID it was hard to find the time to practice and jam as a band, but we always had the ideas flowing individually as well as collectively to bring the album to light.

What feedback for the album have you received from critics and fans? Any comments that particularly stick in the memory?
Black Metal Promotions was kind enough to upload our album on their YouTube page which gave us some great reception and comments regarding the album. One comment that stuck out was “the only downside of this album is its length, it should be a 6 hour record! Fuckin awesome!” We were concerned that having our first record push close to 50 minutes was already a bit overkill for a debut, but obviously some have enjoyed it enough to be left wanting more which is very gratifying.

I know that Worship the Void in Belfast have released the album on cassette over this side of the pond, and American Decline Records over there. How did those collaborations come about?
Those collaborations wouldn’t have come to light without the support of our friends that run the label Lavender Cacophony Contraband. They also play in a raw atmospheric, black metal project called Upir who have been working as hard as anyone else we know to get their music out and support other bands alike. G.G and B.L are amazing musicians and great people who have been some of our biggest supporters within recent years. Thanks to them, they helped get us in contact with Worship the Void and American Decline Records to release our tapes. Our sincerest gratitude goes out to them and the fans who have shown their support and bought merch from us.

You seem to take a lot of lyrical inspiration from the work of Tolkien, as well as other fantasy based authors. The intro to opening track ‘Fall of the Witch King’ I believe is the voice of Sauron from the Lord of the Rings films. What is it about the fantasy genre and Tolkien in particular, that lends itself so successfully to Black Metal?
I think the idea behind a dark fantasy world is very intriguing and lends a sense of imagination into the world of black metal. There are so many bands still striving to stay true to the origins of black metal with the satanic imagery and lyrics as well as the ritualistic atmosphere portrayed through their music and live shows which we also enjoy and pay homage to in one way or another, but we have never felt that it fits within our musical style and ideas. We certainly draw inspiration from the works of Tolkien but we try our best to create and expand our own world within. 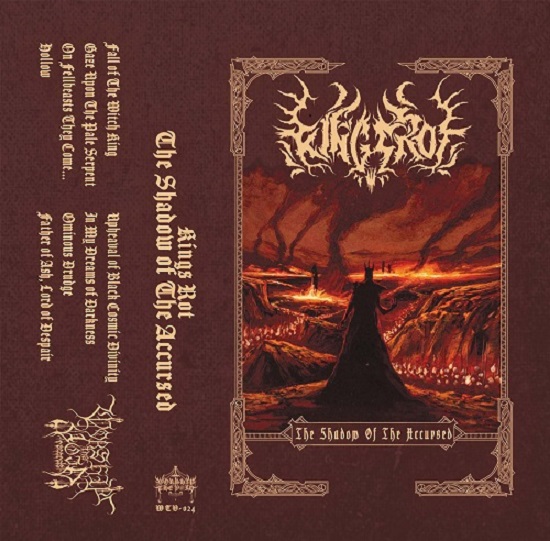 Can you tell me what other fantasy series or novels have been used for inspiration during the writing of ‘The Shadow of the Accursed’?
K.P draws a lot of inspiration for his lyrics through other authors like Edgar Allen Poe and H.P Lovecraft as well as many other forms of gothic horror. Steven Erikson’ Malazan series and the Dark Souls series have also been influential.

Previous to the album release you had a couple of demo releases and an EP. How do you feel your sound and song-writing abilities have progressed from your earlier demo work, compared to the album?
Our sound and song writing abilities have really improved over the last 5 years as a band, we’ve all grown much tighter and stronger as musicians and as a collective entity. Our guitarist and vocalist A.S is our main lyricist and songwriter, but as the years have passed K.P and myself have written riffs and lyrics to help guide the direction of the band to keep moving forward. We’ve all played in a number of bands over the years from early high school until now and when you find the right friends/musicians that have the determination and fire in them, it makes it easy to keep that fire burning bright.

How did the writing/recording process differ for the album compared to the demo releases? Also, where was the album recorded and who did the producing/mastering?
The demos and the EP were all written by A.S and K.P, we tracked it all live off the floor as opposed to recording everything individually and mixing it as such. It helped reveal a very raw, black metal tone in which we were striving for from the beginning, staying true to our inspirations from the Finnish scene from bands like Sargeist, Behexen, Horna, and Archgoat. The full length album itself was much more collaborative then the demos and EP, we all had a say in the lyrics as well as the riffs. We are fortunate enough for K.P to be able to record and mix everything we’ve done, and we’ve recorded most albums within our rehearsal spaces or at K.P’s home studio. Our good friend Rolando Rodas who runs Cavern of Echoes Studios did the mastering on our full length, he is a phenomenal musician and sound engineer and we plan to continue doing business with him in the future.

Looking at your social media I can see that you’ve had some killer looking gigs this year. What do you feel you bring to a live performance and what can people expect if they go and watch you live?
We love playing live, it’s one of the greatest and most rewarding experiences of being a musician. I think we all manage to channel a certain level of intensity and ferocity into our live performances that keeps things interesting and intriguing. We always put 110% into our live shows because we work so hard at perfecting our songs and playing them well with as much power and emotion as we can. We try not to bore the crowd with banter and bullshit, so what you can expect is a solid 30 minutes to an hour worth of unrelentingly fast, and powerful melodic riffs with a dissonant feeling of gloom and doom.

Are you working on your next album? What plans have Kings Rot got coming up? Will you be staying true to the overly dark, ravenous sound on the debut album?
The second album has been written in full musically, we are still working out the lyrics at the moment but we plan to start recording in the next couple months. We hope to have an even greater reception for the second album and are in talks with a label for a hopeful vinyl release for sometime next year. We would love to get on the road and do some tours or festivals if things work well in our favour, but nothing is set in stone for the moment. Absolutely, we will continue to evoke our raw and melodic sound within our recordings, but things can always change as to how we will approach the actual recording process itself. Only time will tell. 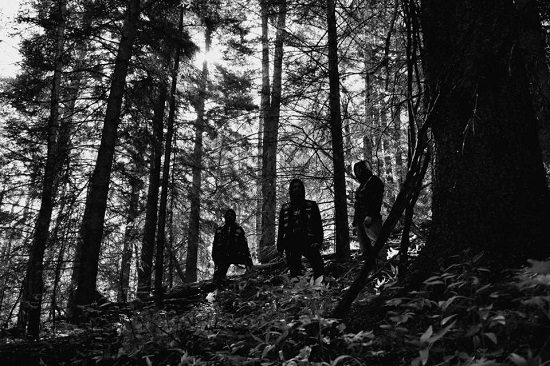 Can you explain how you came by the name Kings Rot?
K.P had the name in a list of various projects when we first formed back in 2017. It seemed to be the most fitting for the message we wanted to convey, as it sounds like a disease or can allude to how nobility and peasants suffer the same fate in death, in that one day we’ll all be rotting away. A lot of our lyrics have also been written about the Nazgûl and we felt that the name fit really well into that aspect as well.

Are there any bands or labels from your part of Canada that you feel more people should be checking out? Who would you recommend?
As we had mentioned, Lavender Cacophony Contraband is putting out some amazing bands and it has been a pleasure working with them. Hypnotic Dirge Records has released some really cool bands as well. As far as bands, there isn’t a ton of black metal on our side of the mountains but we are good friends with Arctos and Sorguinazia hailing from Edmonton, AB who are absolutely phenomenal musicians and people. Begrime Exemious, Stench of Death, Upir, and Snakepit are some local favourites of ours that are nothing short of incredible at what they do. Very diverse in their musical endeavours and always pushing the limits.

That’s all I have for you. Thanks for answering my questions. The final words are yours.
Thanks for your time.