If you are a fairly new band and play in the Incantation / old Finnish scene way, you bet your ass I’m intrigued. GRIM FATE delivers the goods on this one and it is a job well done. Let see what these decomposing individuals are up too… (Ricardo)

Although you (Wim) aren’t a new one in the scene, the other one (Pier) you started Grim Fate with, is. How did you guys met and more importantly, why did you start Grim Fate together and did you had some goals to achieve in mind?
We know each other for quite some time and are into the same kind of bands. We recommend new bands to each other and stuff and are both really passionate about death metal. I had the idea to do a band in the vein of the Finnish scene and stuff like Incantation for years and I thought last year it’s just time to do it instead of talking about it. And since I know Pier is really into this kind of stuff it was an obvious choice to ask him and join me. We didn’t have any idea where to go with it, other then make some music that we like and see where it goes. 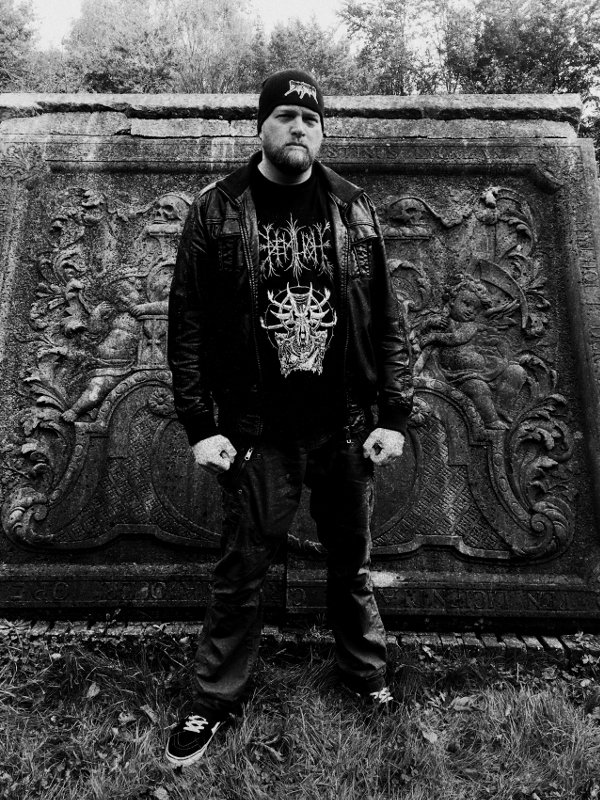 Incantation…Demigod…old Amorphis. Just a couple of obvious influences you can hear while listening to the “Emerging from the Crypt” EP. Which albums inspired you both to start Grim Fate? The ones which made you think “Hey…how great would it be to create something as that?”.
Incantation is an obvious influence of course, and I am really into the Amorphis mcd and the early work of bands like Convulse, Purtenance, Demigod, Rippikoulu, Demilich, Sentenced, Abhorrence, etc. But it’s not that we try to recreate their sound. We just do our own thing and it’s slow and brutal and has a nice melody here and there. It’s our interpretation of the sound that we like so much. And funny enough I read some reviews that links us to bands that I don’t even listen to or like. But it’s not important to us, we like what we do and we hope other people like it as well.

Let’s talk about the sound of your EP, as I mentioned “good old Tico Tico Studios guitar sound” in my review to enhance the Finnish scene. Do you agree with the comparison? Was it on purpose or did you just experiment and on one point you said both “Yeah, this is the putrid sound we are looking for!”?
I don’t know man, that’s way too much honour. Tico Tico is a legendary studio when it comes to the Finnish scene and we just started recording ourselves. But we take it as a compliment for sure. I just started making songs for Grim Fate and dialled in my amp for a great sound for this music and that is what we recorded and with some slight EQ and reverb while mixing that is all it is. The sound when I play my guitar at home and practise our write new songs is pretty much the same as on the CD and to me that is how it has to be.  It is what it is.

At first you have released digital one track demo (“Decomposition”), and not long after that you got in contact with Chaos Records and Dawnbreed Records to release your new material. Can you tell us more about how everything went? Is releasing your material on cassette important for you guys? There is a little bit of nostalgia within you, ha!
We made this track to see if any label would like it and we sent it to a couple of labels. And quite a few were interested, but either wanted a full length or didn’t have room in their release schedule and Chaos was one of the labels that was really into it from the start and offered us a great deal to do a cd version. Both Pier and I know Jeff for a long time and when we met him at a festival last year we talked about our band and he said he was interested in a tape version. And we really like every way to release our stuff  and we agreed right away and I have to say he did a great job and it is sold out already. Would be great if some label wants to do a vinyl version as well, because in the end that is the ultimate version.

In the meantime, Philippus Yntema entered the ranks of Grim Fate. Can you tell us more about him and how things went?
Philippus more or less helped us out on the MCD already and we mixed and mastered it together. We played in Boal together and we are also in Burial Remains together and we understand each other really well, so with him helping us out already it was an obvious choice for the future.

“Dying World”…Anthrax…I know what you’ve told me, that you haven’t heard “Be All, End All” of the Anthrax’ “State of Euphoria” album before, but I can imagine I’m not the only one who has pointed it out. And in the mean time you’ve probably you heard the track already…What was your first reaction when you heard about the Anthrax connection? What a coincidence, heh?
I am not an Anthrax fan at all and I have listened to a few records in the past, but didn’t know “Be All End All”. I 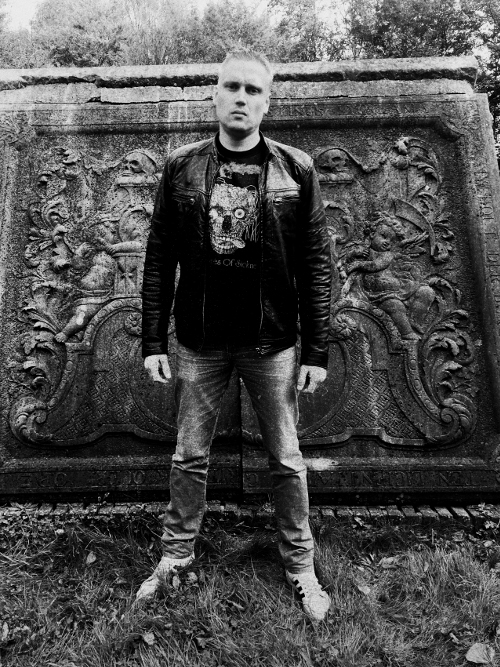 t was pointed out to me a few times now that the beginning of both songs do sound a bit like each other. Well I checked that and I was like yeah this is funny, but at the same time it’s a really basic riff, so there is quite a big chance that some stuff sounds like other stuff. It’s no issue for us and to be honest, I like our version way better hahahaha

What can we expect in the near future of Grim Fate? Working on a debut full-length, the urge to do a tour, splits…other activities…?
As we speak we just recorded a new song. Maybe it’s a good idea to do a split or something, but no options on that. We have quite some songs written and we might do a full length, or another EP, or a bunch of splits. We don’t have anything planned out and are open for anything. We just want to make music and have a good time and releasing stuff is something we really like. As for live shows we don’t have any plans to hit the stage, but when the right opportunity rises we’ll see what happens.

You’ve got some other bands activities as well, like the brutal Death Metal outfit Boal. Also I’m very curious about Miasma Of Guilt. Can you tell us more about the status and nowadays activities of your other bands/projects?
Yeah I’m quite busy with stuff. Boal is not done, but more or less inactive for the moment as we have other things going on. We recorded an MCD two years ago, but never released it, as we weren’t too happy with where that was going. New stuff will sound different from the debut CD since that turned out way more in the brutal direction than we had in mind when we started. Miasma Of Guilt isn’t happening in the end, which is really unfortunate, but some of the members started a new band called Burial Remains. It sounds more or less like any other band with a HM-2 pedal I guess hahaha.But we have an MCD ready real soon, but in the meantime we have enough songs for at least one full length written. I think it’s pretty rad shit, so keep an eye out  for that. I also did quite some layouts in the past, but that is a bit on the back burner for some reason right now, but like doing that a lot also.

Thanks for your time, Wim, Pier and Phillipus. I’m sure our paths will cross in the future when you will release more material with Grim Fate!
Thank you for the interview and the nice words in your review Ricardo.We will just keep going so our paths will most likely cross in some way or another. Good luck with your zine!