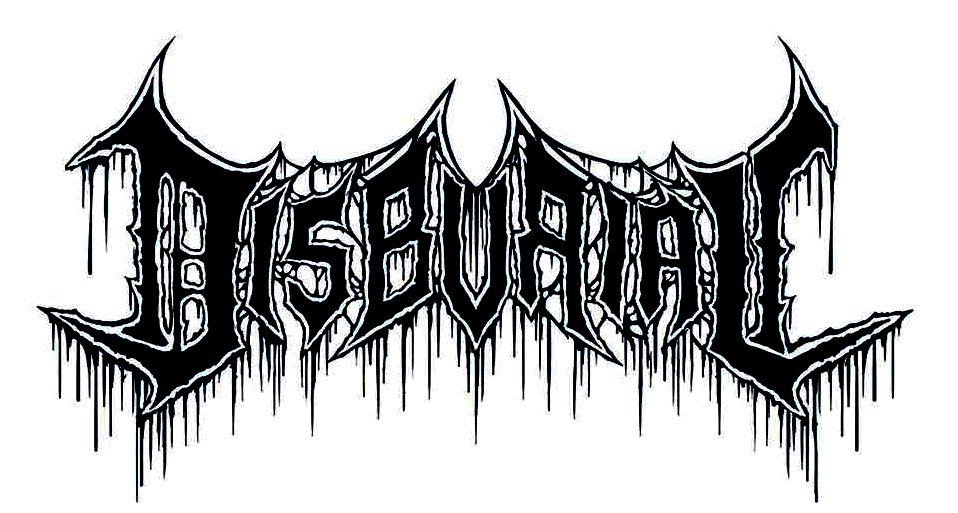 A perfect soil for Old School Death Metal don’t you think? It was the rhetorical question after summing up the atrocities in history of the home country of Disburial; Ecuador. It does result into a debut EP with some fine Old School Death Metal in the vein of Autopsy and Incantation, reasons enough to introduce the band. (Ricardo)

Hi! Dave here, the band started in 2018 as a 2 member project after I met Lucho (AKA S.“Forever Dead”W.) at a concert, he is a well-known drummer in the underground scene over here, playing with amazing bands such as Urku, Golden Wolf or Lapida among a few others. We got wasted after the concert and I mentioned him that I have composed 2 old school death metal songs and I was looking for a drummer, he was interested and after a few weeks of rehearsals, we entered the studio. Hector (AKA Rhan-Tegoth) the singer joined the band during the rehearsals, he is also a veteran musician in the underground scene, playing as a front man with Deaths Cold Wind which is major black-death metal act in Ecuador.

We felt that the Death Metal scene in Ecuador and South America is forgetting about the real essence, the olden gods and the prime and raw influences of the genre, since most of the bands are focused in technical shit and developing awful and soulless styles such as the so called slamming brutal death metal. Luckily the three of us agreed that the death metal scene/bands/fans need to get back to their roots so we gathered all of our musical experience and came up with this abomination. It is not a mystery that the bands that inspired our sound are the classic ones: Entombed, Benediction, Grave, Sorcery, Incantation, Death, Autopsy, Terrorizer, Possessed among others and also some non-death metal bands such as Discharge, Driller Killer or Anti Cimex. In regards to the genre, well Death Metal is the perfect way to express our morbid fascination with death, decay, desolation, the unknown, the occult, horror, terror, madness and pain.

Let’s talk about your “Dawn of Ancient Horrors” EP, which is your debut material…
The writing process is done during the composition. Usually the name of the song came as an idea and then we work around this idea adding the music and lyrics. The tracks were recorded at Sounds of Satan studios and released by the label with the same name. This label is owned by the drummer. The reactions outside Ecuador have been great indeed we have a few proposals from labels in Europe interested in releasing our next material! So stay tuned.. The artwork was made by a great Peruvian artist named Jorge Vimendy, it fits perfectly with the cosmic horror vibe that the lyrics and music are expressing.

I write the lyrics and they mostly are about cosmic and eldritch horror but also about death, stages of death, pain suffering and the fragility of human life, archaic ages, antediluvian horrors etc.. I am heavily influenced by H.P. Lovecraft, Clark Ashton Smith, and Robert Bloch among others horror writers. Of course lyrics are very important aspect in our music, each song represents an idea and we work around these idea trying to put together the perfect riffs according to the mood of the lyrics.

And released on tape only…
The tape format is a cool way to put out a demo EP like you know in the old days.. Nostalgic shit! This was the main reason. We would love the vinyl format as well but is too expensive, and of course we are open to a re-release in cd format if another label is interested. 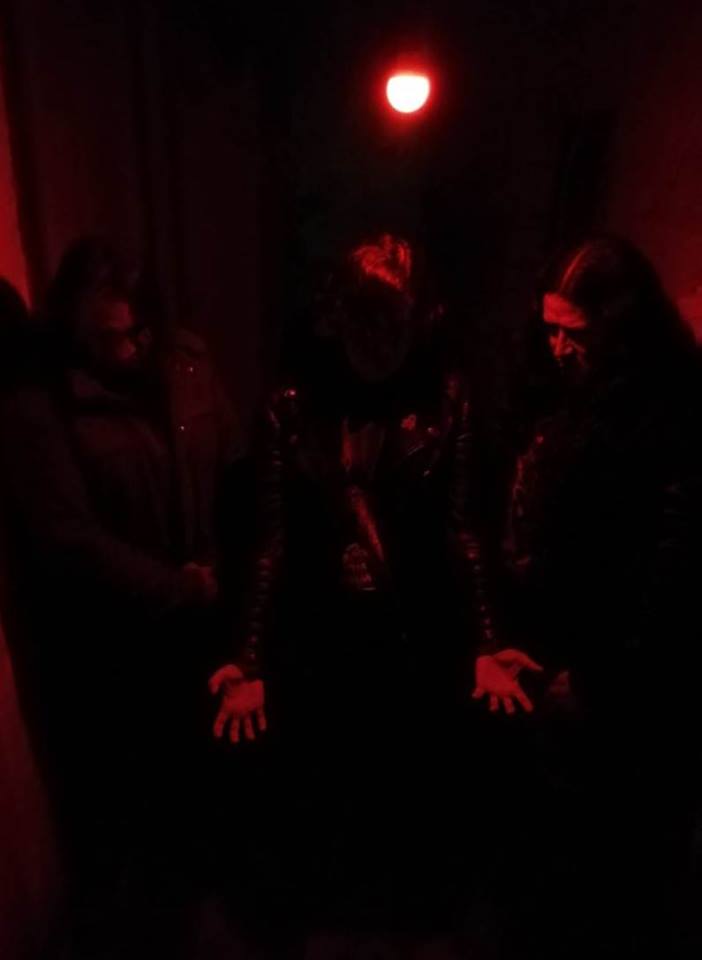 The EP was released by Sounds of Satan Productions, can you tell us more about the label?
Sounds of Satan belongs to the drummer so this made things a little bit easier for us in regards to the EP production. However we plan to release new material with other labels in the future.

And what about the future and your expectations of Disburial?
We have 4 new songs and we are planning to release another EP this year or the first months of the next year. The songs, composition would be pretty much on the same direction however you would feel a more doomish vibe maybe.. We have re-designed the logo as well by the way. Expectations? Keep recording songs and releasing material so we can sign with a label specialized in the genre, however if this doesn’t happen we will keep releasing material one way or another. Gigs are not a main thing for us but eventually we will do it for sure.

Are there any bands or albums of your recent playlist you would like to mention? A rediscovery, an overlooked gem or an unsigned demo band that deserves attention?
We love the recent explosion of new OSDM bands around the world and or course acts like Coffins, Undergang, Disma, Krypts, Spectral Voice, Hooded Menace, Anatomia or Bell Witch among others are a main inspiration for Disburial. Here my list of some underrated but awesome bands/releases:
Oltretomba (ES) – Sounds Beyond the Grave
Carnal Ghoul – The Grotesque Vault
Cruz – Culto Abismal
Grave Ritual – Euphoric Hymns From the Altar of Death
Claws – Absorbed in the Nethervoid
Burial Invocation – Rituals of the Grotesque
Beyond Hell – The Sleeper Awakens
Void Terror – Soul Harvest

Thanks for your time!
Thanks a lot for the interview and for helping us spreading our pestilent Death Metal around the world. To the readers: Support the raw and putrid old school metal sound or go fuck yourself with your wimp and poser friends, ha! Cheers! -Graveless-