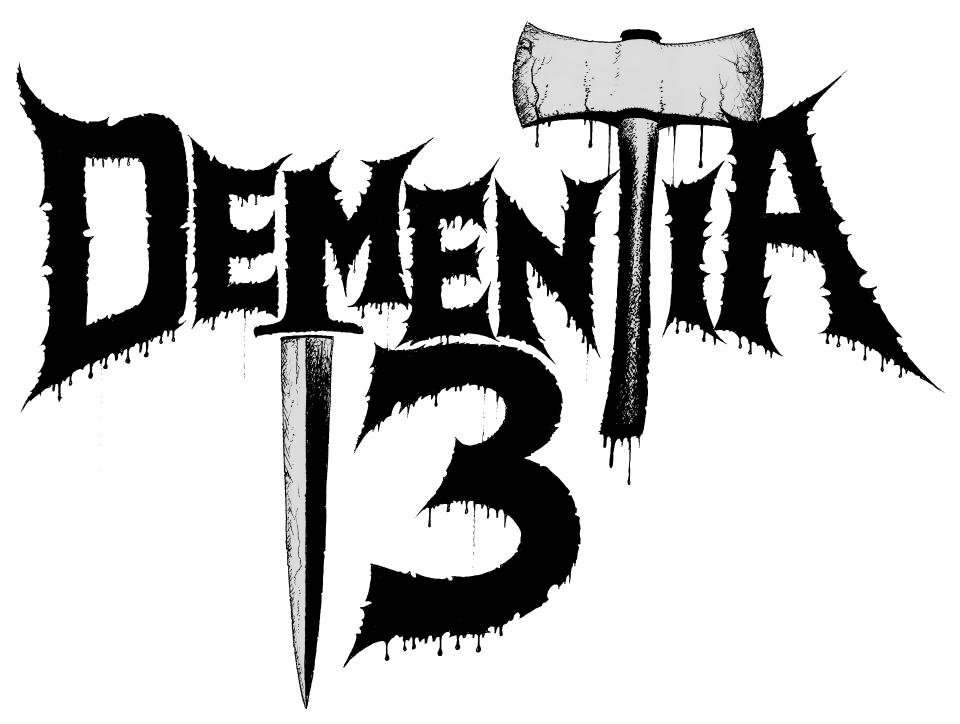 Dementia 13 is a Portuguese Death Metal band that pays tribute to Old School bands from that genre and also to classic cult Horror cinema. Each and every song and lyrics are inspired in a particular movie. Founded in December 2010, the band has two releases available: “Tales For the Carnivorous” (EP, 2013, Escaravelho Records) and “Ways of Enclosure (full length, 2015, Memento Mori). We contacted Álvaro F, founding member, and asked him a few questions about Dementia 13. (Antonio)

First of all, welcome to VM Underground zine and thanks for taking the time to answer these questions, Álvaro. Could you tell us a little bit more about the reason why you decided to start the Dementia 13 project? Why the horror movie theme?
Hey no problem! It’s a pleasure and we only have to thank you for this opportunity. I always had this idea of writing some Death Metal songs, getting my inspiration on all the stuff I listened to when I first discovered the genre, as well as throughout the years. I’m a big fan of plain old school Death Metal music and, since I’m also a huge Horror movie fan and collector, I wanted to have both worlds mixed. So I thought of making my own Death Metal Horror inspired band. Nothing new to that, lots of bands have been inspired by that cinema genre, but the truth is that I am not trying to create anything new, I just play what it feels right to me. And hope everyone enjoys it, of course. 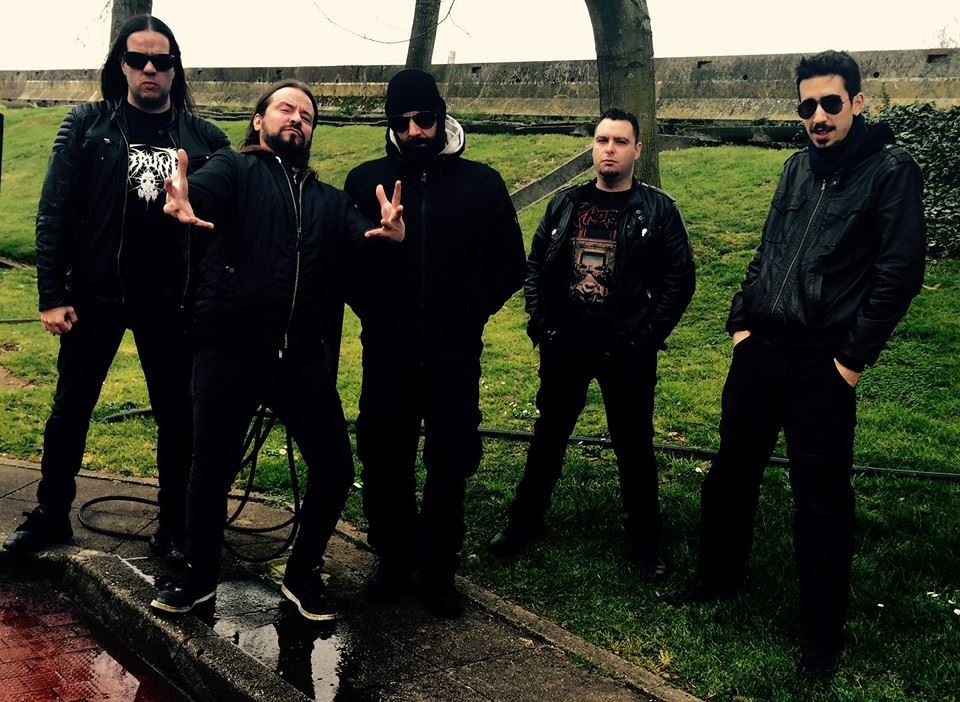 How is the new album going in terms of acceptance in the metal world? Are you happy with the overall outcome?
Oh it’s going very well, actually. And it’s been better than we thought. Great reviews were given to “Ways of Enclosure” CD a bit all over the world! Many people understand the whole concept of the band’s music and lyrics, they talk to us about the movies which inspire all our songs, send us some suggestions and stuff like that. That makes us very happy and proud.

Tell us about your song writing process and how the classic horror movies guide you through it.
Well, before writing the songs, I immediately try to think of the perfect movie for that song’s feeling. Then I watch it (at least once) and take some notes. Write down dialogues, loose words, movie taglines, phrases and then I go to my computer and while listening to the song (already pre-produced in the studio with programmed basic drum lines), I start writing the vocal lines. And that’s basically it! It’s a hard work, to be honest, especially the part where I have to choose the perfect movie for each song. But that’s the way it is with any musician: very hard work!

We all know that we live in a very different musical world from the one we had back in late 80’s/early 90’s. What’s your opinion on the current digital age and its consequences for underground acts such as Dementia 13?
This digital era we are living nowadays has several pros and a couple of cons too. I could spend a whole week debating on this matter, analysing every detail but no one has time for that. However we have a pretty good example on Dementia 13: By the time we were discussing the details of the debut EP release with our label Escaravelho Recs, we suggested that besides the physical CD and tape copies, a full stream and high quality files download would be available for free. Of course we would respect the label’s decision, since this is not a normal thing to do. The band’s promotion plan needed the best boost possible so we wanted to try and reach a lot of people. The thing is that the band appeared in public with only a video teaser and two months later a video single and the whole EP would be made public. Since we almost appeared out of the nowhere, we thought the free download would be a good thing. We used the power of the internet on our benefit and neither the band nor the label lost any sales from that, as far as we know. The tape was sold out in just a few months, we still get sales from the CD version, which is now running out of stock and digital sales are still a good income, even with the free option available. Of course, in my opinion, tape trading days were the best by far hehe

Assuming you follow the current metal scene and how vast the amount of metal sub-genres is these days, what’s your opinion about it? Do you have a band (or bands) that came out as a (good) surprise for you?
Sub-genres aren’t really my thing. Specially the sub-sub-sub-sub-genres or casual hypes. Even though I listen to many different things in and out of the Metal world, I will always prefer the original and honest primal sound overall. But there are many great bands out there, coming out every day and of course I’m always discovering new ones now and then. It’s true that not everything amazes me nowadays. The most you get old, the most difficult it is to be musically impressed. But I try to listen to much stuff as I can. 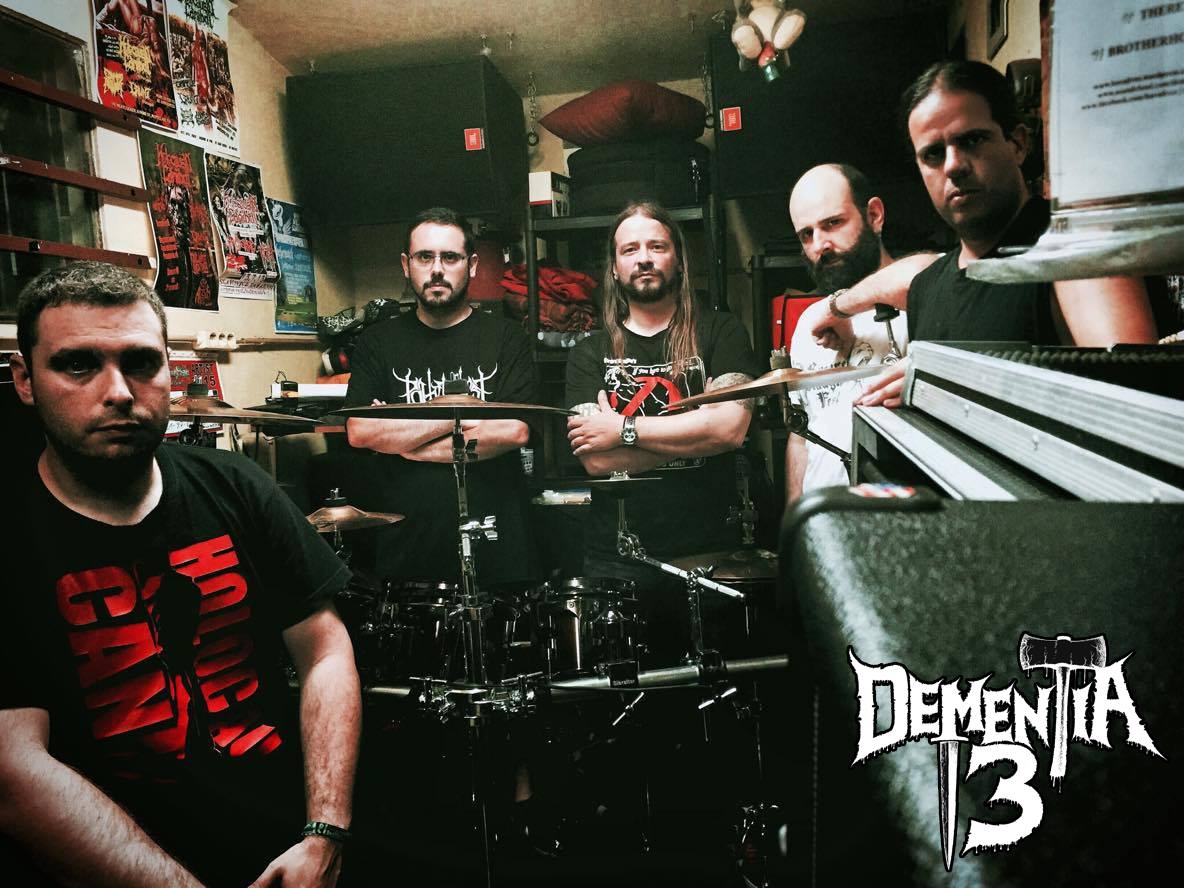 On the same note, could you tell our international readers a bit more about the Portuguese underground scene. How is it these days and what bands would you recommended all of us to discover (besides Dementia 13, of course… eh eh)?
We have a great scene, actually. Not perfect, of course… we’re a small country, we have our share of hypes too but overall is good. Especially when it comes to bands! Generally speaking, we host great Underground extreme festivals like Butchery At Christmas Time, Moita Metal Fest, Steel Warriors Rebellion, Santa Maria Summer Fest, HardMetal Fest, XXXapada Na Tromba and many more! Just check them all out! We too have some honest and great labels, music stores, radio shows, etc.. All in a D.I.Y. work base. No funds, financial supports or whatever. No one here gives us anything! We help each other out. Regarding bands, I think we have too many to mention and on every possible sub-genre like Brutal Brain Damage, Switchtense, Festering, Holocausto Canibal, Destroyers Of All, Neoplasmah, Grog, For The Glory, Raw Decimating Brutality, Pitch Black, Ironsword, Decayed, Revolution Within, Corpus Christii, Terror Empire, Filii Nigrantium Infernalium, Theriomorphic and I could go on and on and on and on! hehe

What are the band’s plans for the immediate future? Will we see a new album soon? How about some live shows outside Portugal?
Right now we are planning to do some more shows in Portugal and continue to promote our latest release “Ways of Enclosure”. No plans so far for a next album but more releases are planed like a limited vinyl single (that had been postponed) and a couple of other surprises to announce soon.

Finally, any last words for our readers?
Thanks a lot for your support and opportunity and to everyone that read this interview. Stop by our Facebook page, official website or Twitter account for all the info you’ll need. You can also visit our Bandcamp page and check any merchandise available to purchase. Cheers from Portugal and remember that DEATH METAL REIGNS SUPREME!!

Thanks for the interview, Álvaro. Wish you the very best for you and Dementia 13!