A “fitting output to the frosty and dark times” was the conclusion of DPF in his review of the first EP of Aphelion from the US. And after the “I” EP, the “II” EP was hailed by him as well but with the nuance that is not only frosty and dark but also raining, concerning the overall mood of the Black / Death Metal presented by the band. Let see what BT (guitars & bass) have to tell to us…  (Ricardo)

Karl and I had mutual friends before we met in person. I remember always hearing about this guy with the last name Dahmer who was a metal head too. My first thought anytime someone says “metal” is usually one of scepticism. But when I met Karl face to face, we hit it off right away. He’s a very personable, intelligent, and interesting man to speak with. He has some GREAT Navy stories that had me “rolling” many a humid Kansas night.

I met Zach through a mutual friend when we were looking for a drummer. Zach is in several bands in our area including Soheil Al Fard and The Electric Motherfuckers (who are getting close to recording a full length) and he is a very chill guy. He’s not just a drummer, he’s an artist. He plays guitar, is a welder, and if you follow him on Instagram you can catch some pretty cool jobs he’s done. Zach is helping me develop as a guitarist and musician, and it’s great having one guy with so many hats so to speak.

What inspired you to start Aphelion, in this particular style?
To quote Ernest Hemingway — ‘A cat has absolute emotional honesty: human beings, for one reason or another, may hide their feelings, but a cat does not.’

Through this music we are able to have absolute emotional honesty, and I think that’s important. I don’t think we will ever be tied down to one strict style or genre, not to say that we will ever be anything but metal, but we draw influences from a huge variety of musical styles that all seem to share the commonality, emotion.

I don’t want to speak for everyone in the band, but I think we all love the pure rawness of the genre as well. It feels closer to art in that sense, retaining its underground roots. Don’t get me wrong, we love some high polish technical stuff as much as the next person, but at the end of the day, I feel more like an artist than a guitarist, and I hope that comes through in the music and compositions.

What’s your opinion on your EP “I” (CD released by Anti All Forever, Blasphemous Creations Of Hell Records, and Mayhemic Overkill Records) nowadays?
EP “I” was a complete learning experience in so many ways, and is a part of the bands history and DNA that I will always be fond of, no matter what direction we go musically. We recorded most of it in a spare bedroom in Zach’s house and my dining room and had no prior experience in recording. I think this EP was well received considering we had no release plan, no PR, no marketing or anything. But it did well enough that we are out of CDs except for a loose one rolling around in my music room, and it has been re-released on cassette through the mighty Knekelput Recordings (ran by one of the best), Kvlt of Belial Records, and soon to be released through Blvk Kvffee Rex.

As far as how it was released by 3 labels, that was all David from Anti // All – Forever Records. 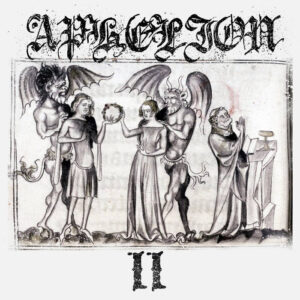 And what about EP “II”?
This EP was rushed due to my overzealousness, but I think it was a good learning experience and offers some of my favorite riffs I’ve written to this point. As a musician, you are very critical of yourself, but I try and take everything, good and bad, as a stepping stone, building to something else, that final metamorphosis.

I think EP II flirted with a bit more death metal riffage than EP I, and EP I had more of the tone and feel we want to be known for. Being a new band, we are experimenting a bit more on this year’s yet to be named full length release. We hope that every release offers something the others don’t while still maintaining our raw brand of black metal integrity.

The lyrics aren’t adhering to a strict ideology of any sort. Primarily stemming from darker concepts like the occult, the supernatural, and so on. Though the new album’s material has its framework based upon the plague-ravaged span of Dark Ages era Europe, harsh times and harsher measures taken wherein. This band will never suffer from a lack of death, misery, filth, and disease in the lyric department.

And there is a compilation of both, released by Knekelput. Could you tell us more about that?
Let me start by saying what a great human Për of Knekelput Recordings is! We’ve really enjoyed working with him and the friendship we have built. He’s just a super authentic and down to earth dude with a great sense of humor!

As far as who contacted whom, I had reached out to him to ask if labels were cool releasing the same album as other labels, but in different countries/markets. He answered my question and that was that for a period of time. He then reached out to us after reading an interview with us where we talked about almost getting ripped off by a label, and he asked if we wanted to do one cassette with both EPs. We were smitten by the prospect of cassettes and a Dutch market. The rest is history and we plan on continuing to work with Knekelput well into the future. We have already spoken about releasing our 2020 full length on cassette through Knekelput.

Let’s talk about your expectations of Aphelion’s future and your new material…
Continued growth in all areas. Song writing, music production, live shows, live feeds of shows, and more merchandise like shirts and patches.

We would also love to work with Matt Bacon of Dropout Media regarding PR etc. He is a seasoned veteran in the underground metal game, and if you’re in a band or run a label contact with him, he has something for you to help you grow and succeed. Find him on IG @bacons.bits

We are actually working on a full length right now and have recorded 5 of the 8 songs to be on it. As mentioned before, this release will have some elements that we haven’t yet explored. You can find teasers of 2 tracks on YouTube. One is called “Suffering Bestowed,” and the other is called “Victorious Anguish.”

As far as labels go we are going to release CDs ourselves and we do a run of cassettes with Knekelput and maybe a few other labels in different regions. We also plan on putting feelers out in the US for a label to work with us to release cassettes and vinyl. Hell, we may even release cassettes ourselves in the US, who knows. If you’re reading this and have a label in the US, hit us up on Instagram @AphelionBlackMetal if you want to do a vinyl run. 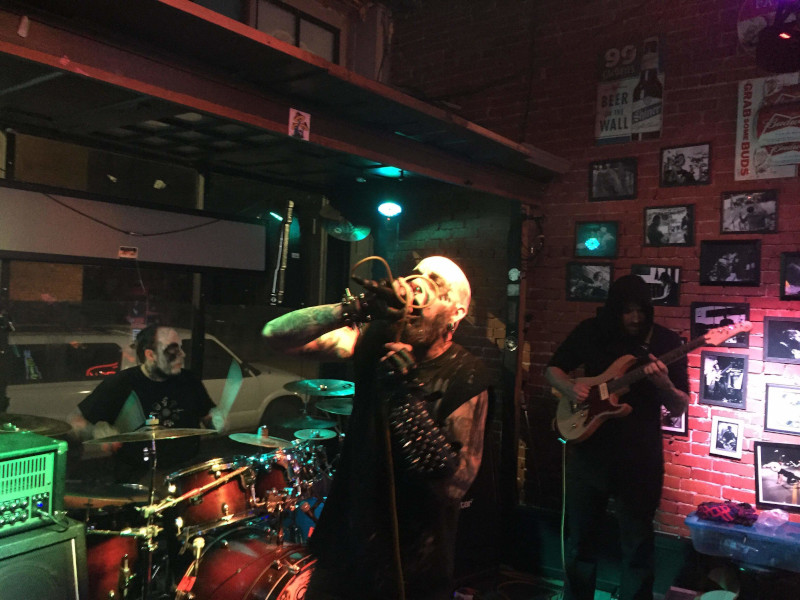 Are there any bands or albums of your recent playlist you would like to mention?
Absolutely! Lord Orots is AMAZING and will be featured on a track on our full length this year. Hellmoon, the Electric Mother Fuckers, Viserion, Glass Coffin, Erythrite Throne, Dungeontroll, and Rutnukt are all amazing too. I could go on and on, but I will stop here and say that these bands are not only great, but the people that comprise them are some of the coolest I’ve ever had the pleasure of meeting in one capacity or another. No egos, and there should be, no drama, no elitism, just raw talent.

Thanks for answering my questions and for your time!
First, thanks so much for the opportunity to discuss our work and origins! Secondly, VM-Underground is one of the reasons underground music has a chance to survive today. Cheers to you and all your readers and keep track of our shenanigans on Facebook, Instagram, and Youtube @AphelionBlackMetal